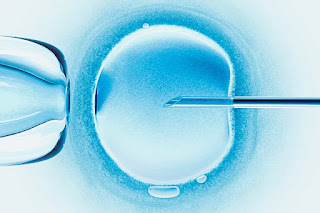 A boy’s mother who carries genes for leigh syndrome which is a fatal disorder that affects the developing nervous system. Approximately a quarter of her mitochondria has the disease-causing mutation that was responsible for the deaths of her first two children. John Zhang and his team at the New Hope Fertility Center in New York City has been working on a way to avoid mitochondrial disease using a “three-parent” technique. The technique is called spindle nuclear transfer, in which the nucleus from the mother is transferred into a donor egg that has had its nucleus removed. The donor egg is then fertilized with sperm from the father and returned to the mother. Zhang had to insert the embryo into the mother’s womb in Mexico because federal legislation forbids implanting genetically modified embryos. The team avoided destroying embryos, and used a male embryo, so that the resulting child wouldn’t pass on any inherited mitochondrial DNA. When Zhang and his colleagues tested the boy’s mitochondria, they found that less than 1% carry the mutation. Hopefully, this is too low to cause any problems; generally, it is thought to take around 18% of mitochondria to be affected before problems start.

Honestly, the technique should be legalized in the US. It could help so many people create families that they always wanted but couldn’t due to poor egg and embryo quality or something very similar to this mother’s situation. Most likely the more births using this technique will likely force the US policy to change. The government needs to allow specialists to alter the genetic makeup of an embryo. There definitely needs to have very strict guidelines in what they can change but allowing this technique in the US would make a great impact in so many lives.