A study is being done by geneticists to see how a gene in worm DNA is affecting the worm's lives. First, they noticed that the worms were producing more offspring and were living longer unless exposed to a disease. They recognized the gene, TCER-1 as responsible for producing the protein that has this affect. At first, they though the gene would increase immune response along with reproductive capabilities. They observed the complete opposite. What was observed was that the worms with the gene produced more offspring but fought off diseases worse. When exposed to Alzheimer's disease protein, which paralyzes worms, worms with the gene survived nearly 1/3 of the time that worms with the genes did. Although, the gene made it possible for sick worms to produce healthy offspring. 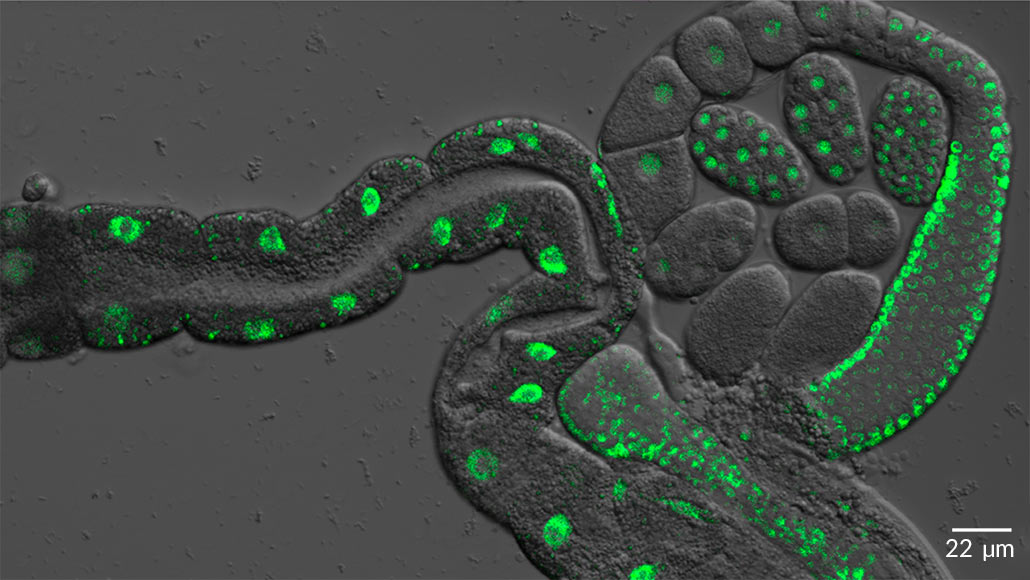 Recently, a similar gene was discovered in humans. While not a worry at the moment, scientists say it is a "warning bell"(Saey). Particularly this could affect anti-aging therapies as some can cause unexpected frailty. Personally, the research is important and is something humans need to keep an eye on. It is especially important now that humans are living longer and longer and as more resistant diseases are beginning to emerge.