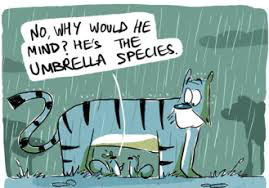 Puma concolor, or the mountain lion goes by many names. Puma, cougar, catamount and panther are just a few. While the mountain lion goes by many names, it's genetic code remains relatively the same. Although the mountain are not in direct danger of extinction, their population is decreasing at a high rate. The mountain lion itself is what is known as a indicator species. This means that the speices can be used as a great reference on how an environemnt is doing, and how well the environement has remained connected. The large cat also acts as an umbrella species. These "umbrella species" are extremely important biologically and ecologically. Umbrella species are usually greatly monitored and protected beceause in protecting them, many other species become protected indirectly. Due to this, conservation techniques have been put in place in many areas where the puma exist. However in a recent study to observe how geography changes genes, researchers stumbled upon something rather interesting. 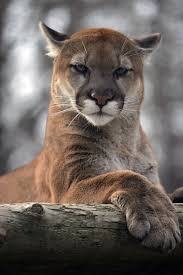 431 mountain lions from various location were used in a study to collect data about the levels of genetic diversity among the species. In order to accomplish this 12 microsatellites loci were analyzed in each cat. After looking closely at the data gathered, it was found that each cat had distinct genetic  subdivisions that were specific to the region they were from. It was found that cats from coastal regions displayed more heterozygosity than the cats sampled from inland areas. Heterozygosity is important in population genetics, as the heterozygote advantage plays a large role in species survival. Scientists came to the conclusion that geographic barriers like the Los Angeles Basin, the San Fransisco Bay and the Central Valley turned out to be enormous barriers to natural gene flow of the species. The disruption of gene flow can result in many things particularly different allele frequencies among the species. Metapopulations in Southern California have exhibited normal gene flow but recently human development has increased how hard it is for populations to travel, which in turn decreased gene flow. With this, human development has displaced many of these large cats leading them to environments their ancestors did not inhabit before, or into urban areas. These new environments present challenges for the species, one which they may not actually be able to survive. In essence this study provided conservationists with a ton of new data to analyze, think about and act upon in the coming years. Most importantly, it displayed an important concept. Conservation genetics, and genetic preservation. This study indicates that not every case can be treated the same way. Each population of these cougars has different genetic subdivisions, and faces different enviroenmtal cahllenges. From this work, scientists hope to come up with movement corridors in unpopulated regions, to help the pumas travel from area to area, and increase biological diversity.  Landscape-level conservation is not only crucial to the survival of this species, but crucial in helping the species become more heterozygotic.
This study was awesome because it really shows the connectedness of species between each other. In protecting the mountain lion, you protect the big horn sheep, which in turns help stabilize plant growth, and the list goes on and on about the connectedness of the mountain lion to almost everything it interacts with. Population genetics are studied extensively with animal populations, and I hope to work with wildlife one day, so reading these articles get me excited for the future. Hopefully measures can be put in place so that these animals can travel more freely and give themselves a fighting chance against their ever-changing environment.