The Gumboot Chiton's Magnetic Teeth May Be Key for Nanoscale Technology

The gumboot chiton (Cryptochiton stelleri), a species of mollusks found along the shores of California, have teeth made from magnetite. Magnetite is a magnetic material made of iron found on Earth's crust, but only a few animals are able to produce it. Gumboot chitons scrape algae off ocean rocks using their magnetic teeth, but not much is known of the biomechanisms behind the production of their teeth. Chitons have dozens of rows teeth with each cusp made of magnetite, but after scraping rock for long periods of time, the teeth begin to wear which are then replaced by new teeth. 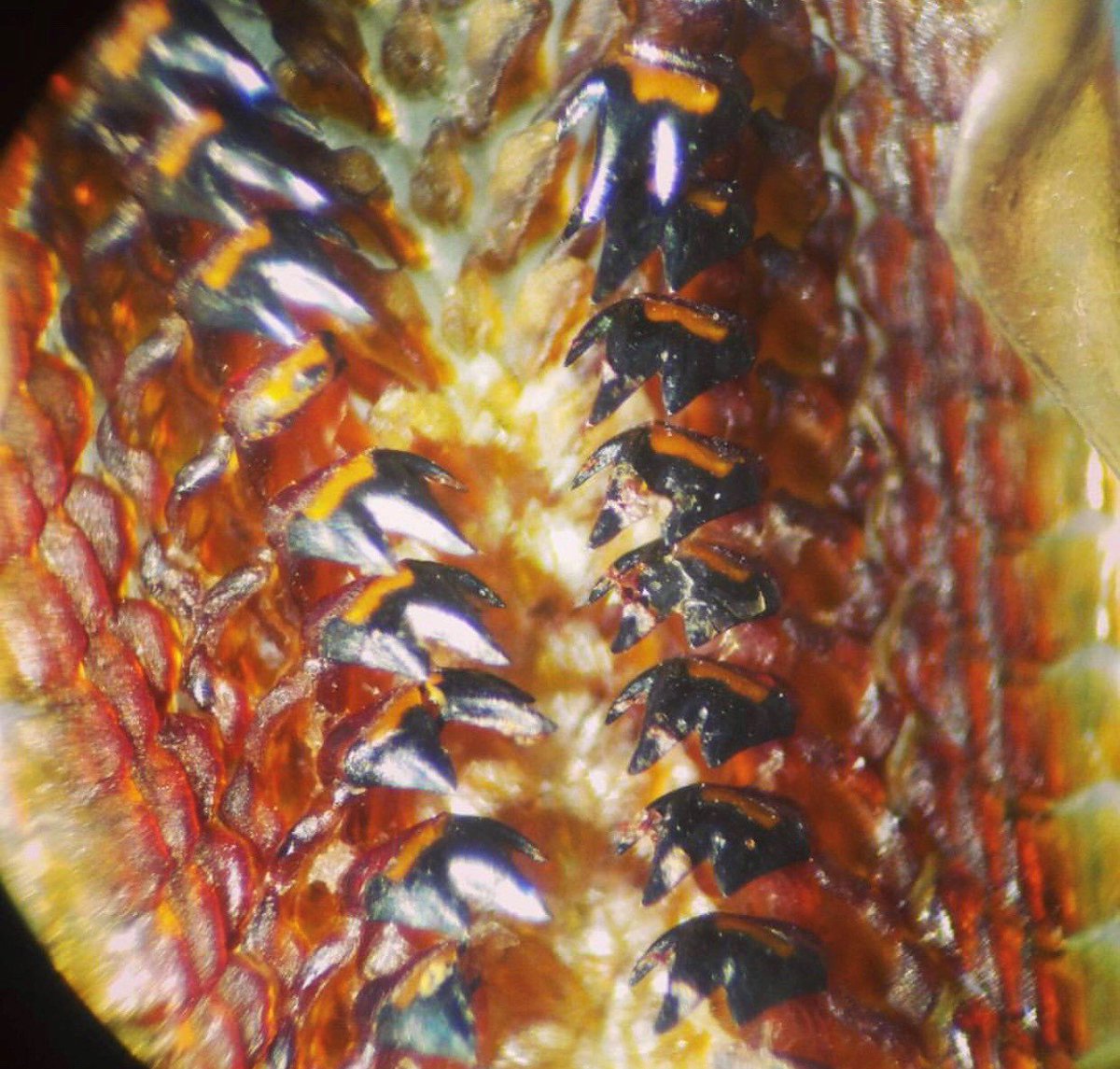 A gumboot chiton (left), also known as the "wandering meatloaf", with its teeth (right).


A research team lead by Michiko Nemoto of Okayama University and David Kisailus of UC Riverside recently discovered how the mollusk is able to produce magnetite teeth. While researchers would usually look toward specific genes in their genome, the research team actually examined the chiton's transcriptome, the set of all mRNA molecules expressed from the genes. In the developing teeth region of the RNA transcripts, they found ferritin, an iron-storing protein. In the mineralized teeth region, they found a large amount of mitochondria that provide the energy needed to transform the molecules into magnetite. A new protein was even discovered which they identified as radular teeth matrix protein1.

I stumbled upon these unique creatures when I was looking for genetic articles on teeth. My interest in dentistry brought me here, but it was exciting to read about these new discoveries and how they are being brought into the light of engineering. Next-generation electronics require nanoscale energy, and by studying gumboot chitons, researchers are closer to developing nanaoscale energy sources since knowing how to control biological magnetite is essential to the process. I was also fascinated by the fact that the research team looked into the transcriptome instead of the genome. Some of my past blog posts looked into researchers who would study specific genes in the genome to find what they were looking for, but the research team in this article examined the transcriptome because they thought it would be easier to look at the regions that are actually expressed.