The article, “Genetic Study Points to Metabolic Roots of Anorexia Nervosa”, by Nicoletta Lanese discusses the recent insight into the genetic markers of anorexia nervosa. The data collected became part of one of the biggest studies on the eating disorder that has ever been made. It has become more evident that there is a lot more to anorexia nervosa than previously thought. The disorder has psychiatric and metabolic origins.
Through the study, I found two very interesting discoveries. The first is that anorexia nervosa shares single-nucleotide polymorphisms with other psychiatric disorders. These include obsessive compulsive disorder, depression, and a few others. The second is the disorder’s relation to metabolism. Certain gene variants indicate that anorexia nervosa may stem from one’s metabolism functioning differently. Apparently, the part of the body that signals when we are hungry, does not work properly. As a result, those with anorexia nervosa might just be able to physiologically starve themselves longer.
Another article by Amy Lewis called “Researchers Explore the Genetics of Eating Disorders” offers more facts. The scientist Cynthia Bulik has worked with the Center of Excellence for Eating Disorders. In a study on twins, Bulik and her team found that anorexia nervosa is 50 to 60 percent heritable. She was also responsible for the studies in 2017 that are mentioned earlier concerning anorexia nervosa’s link to other psychiatric problems. Going forwards, she hopes to understand more about all of the eating disorders. The center has begun an initiative to look into binge eating on a genetic basis as well. 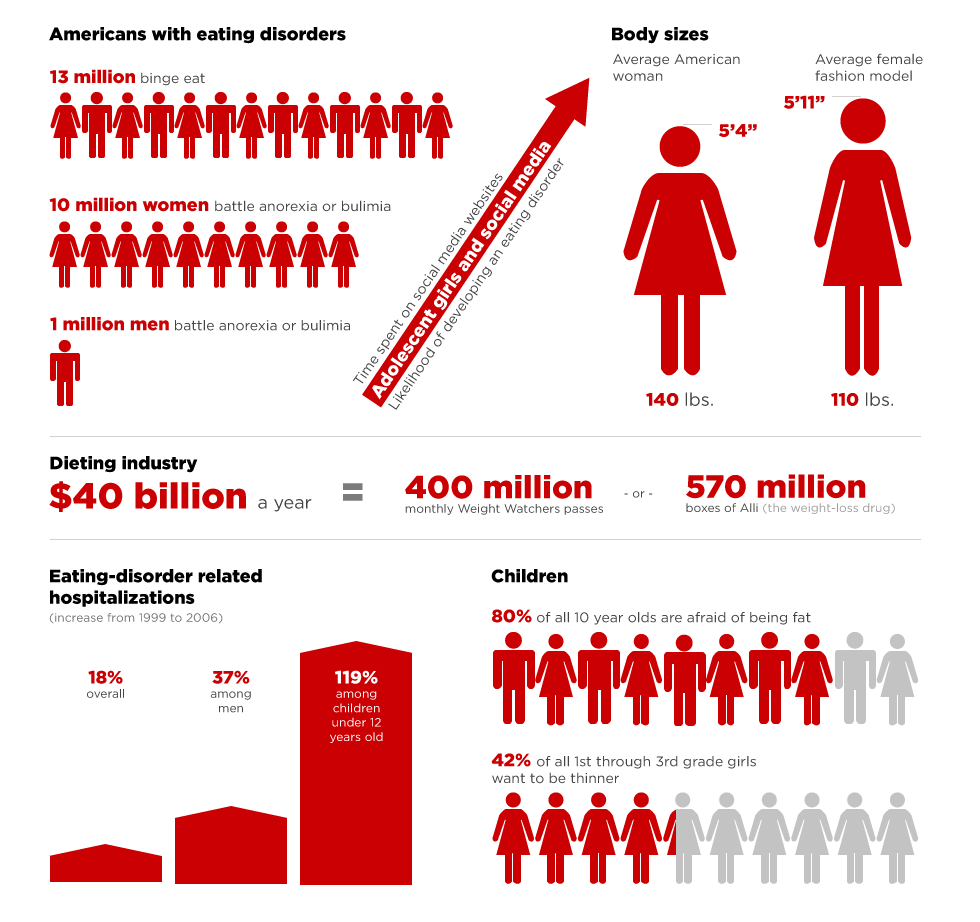 Above is an image depicting some statistics on the severity of eating disorders. Genetics could be key in lowering these statistics drastically.


The subject of eating disorders is an extremely important topic of research. Genetics allowed us to learn this new information. Without the field, we would not be able to make the same leaps and bounds in understanding the devastating disorder. Anorexia nervosa is the deadliest of the eating disorders currently. It affects a lot of younger individuals especially of high school and college age. For this reason, the subject was very interesting. Looking into the genetics of eating disorders can help us to understand more about how they work, how to treat them, and even who is at a higher risk.
Posted by Aida Berg at 2:14 PM