With new research into the effects of editing the genes of embryos prior to birth using CRISPR, results show this technology may be life threatening. A Chinese scientist used CRISPR to remove the genes that would have given twin girls HIV- their father tested positive- later causing AIDS. This specific gene he chose to edit may decrease the lifespan of these girls by two years. If the mutation causing HIV is passed down by both the mother and the father, then editing the mutation will prevent HIV. However, if the mutation is simply passed down by only one of the parents, then the editing will not allow for the same strength protection.

Scientists are currently trying to understand why there is less protection with only one mutation. When editing genes, if the patient is an adult the edited genes will not be passed to the child but if CRISPR is used on an embryo, the edits will be passed on. This is due to the fact that an edit on an embryo will change its genetic code in most of its cells.

Further, the double mutation has been “associated with improvements in mental ability in mice and recovery from stroke in humans.” This has lead researchers to want to understand why this specific gene has such an effect on many diseases.

Most scientists argue their opinions on the use of gene editing with the pros being that they “prevent an otherwise unavoidable disease.” The opposing argument is often that the technology is too premature and not ready for everyday use.

The Chinese scientists did not properly go about this procedure and therefore, the rest of the science community is extremely against him. He has now been fired yet many other countries are begging to buy his products.

I think that CRISPR technology is fascinating and needs to be put to use when researchers are better able to understand the impact that gene editing will have. For instance, certain diseases like Cystic Fibrosis are live threatening from the day a child is born and therefore should be able to be fixed. While in this case of HIV mutations, this is not as life threatening as it once was and should not be of the utmost concern. 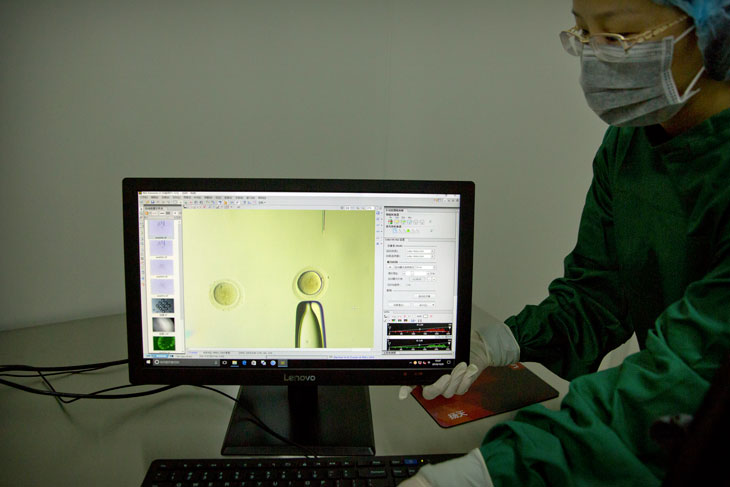 https://www.scientificamerican.com/article/genetic-mutation-in-crispr-babies-may-shorten-lifespan/
Posted by Carlie Wiseman at 10:32 AM