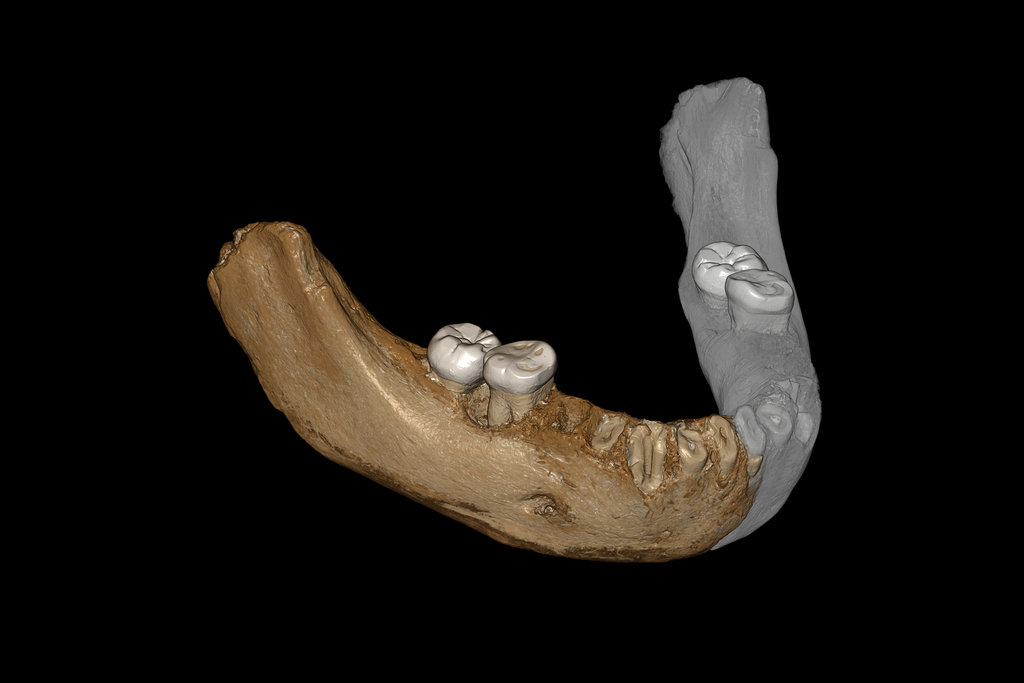 In 2016, Jean-Jacques Hublin, paleoanthropologist and director of the Department of Human Evolution at the Max Planck Institute of Evolutionary Anthropology in Leipzig, Germany, was emailed by archaeologist Dongju Zhang about a highly unusual hominin mandible found in a cave on the Tibetan Plateau in Xiahe, China. The photos she attached stunned Hublin. This fossil was quite complete and clearly nonmodern. It wasn’t long after that they met in Leipzig and began planning their collaboration and recruiting a team of specialists for a study on this strange fossil.

On May 1st of this year, Hublin, Zhang, and their team published the results of their study in the journal Nature. Their analysis confirmed that it belonged to the mysterious branch of hominins known as Denisovans, which were first identified in 2010. Never before had a bone fragment from a Denisovan been found outside a single cave in the Altai Mountains of Siberia.

Moreover, this is the most complete fossil of one ever discovered, as all the previous ones, including the recently uncovered skull piece I reported on in an earlier article, have been small and fragmented. The Xiahe jaw will help scientists tremendously, as now they will have a reference specimen to compare currently unidentified fossils to. Until this point, the anatomy of Homo denisova has been almost entirely unknown and speculative. This finding will thankfully add another eye-opening piece to the puzzle.

Hublin and his team were able to identify the fossil as Denisovan thanks to the work of his PhD student, Frido Welker, who had figured out that ancient proteins can be preserved much longer than ancient DNA, and therefore they could be used to map hominin groups in the absence of the latter material. Genome sequencing of Denisovans and their famous “sister” hominin, Neandertals, allowed the researchers to suppose the structure of these proteins and subsequently flesh out the separate branches. In the case of the Xiahe jaw, there was no ancient DNA, but the teeth yielded some proteins. These were then analyzed and matched using the aforementioned technique. The results were clear, this Tibetan fossil was a Denisovan.
Posted by Shauna L. Ruutikainen at 2:04 PM