The Only Bad Thing About Summer

An article was published by Science Daily, which summarizes a research study where a discovery was made which could save thousands of lives. The study was conducted by a team of researchers from the University of Arizona led by Jun Isoe. The report was published in PLoS Biology January 8th 2019. During this study, the researchers searched for genes which were exclusive to mosquitoes. To execute this task they utilized a technique known as bioinformatics. Through this process they discovered proteins which were unique to only mosquitoes. This was a crucial discovery due to the current pesticides on the market being non specific and killing off beneficial insects such as honey bees. 40 proteins were discovered, however only one contained the capability of effecting reproduction. They named this protein Eggshell Organizing Factor 1 (EOF-1). The name stemmed from its function during eggshell synthesis. RNA interference was used as a means of inhibiting this protein function which led to a unsuccessful eggshell formation resulting in death of the embryo. After further testing it was confirmed that the creation of a drug which targets EOF-1, would be an effective pesticide which could prevent the occurrence of diseases spread by mosquitoes. 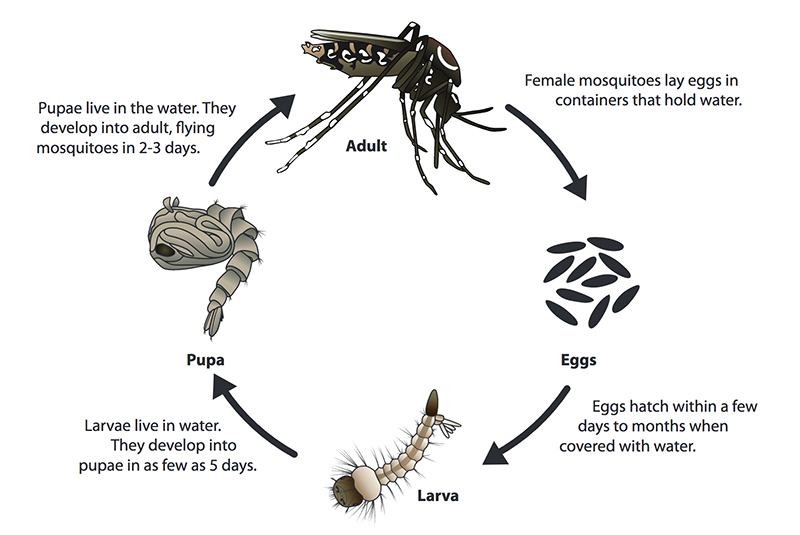 It is safe to say we all hate mosquitoes. Unlike virtually any other insect, there are no friends lovers of mosquitoes. However, there is information which could pursued one to not wish to completely eradicate them. Although pests and even deadly to humans, certain plants and animals utilize mosquitoes for survival. That being said, I believe funding and research should be increased in this area especially for the purpose of eliminating the mosquitoes which are vectors for disease.
Posted by April Jenkins at 9:36 PM