In the 1950's scientists released the myxoma virus to rabbits in order to reduce the rapidly growing population size. This worked until rabbits became genetically resistant to the virus over time, and sparked interest amongst researchers at Arizona State University who partnered together with University of Cambridge. In Science Direct's article entitled, "Hop to it: Researchers evaluate rabbits' evolved resistance to myxoma virus", it discusses the findings found at the Grant Mcfaddens Center for Immunotherapy, Vaccines and Virotherapy that validate the gene held responsible for the resistance and possible replication for potential use of treating cancer. 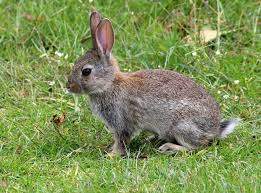 As said by a scientist at the center, "The idea was to sequence examples of many rabbit genomes of all three places (Australia, France, and the UK)…..and came up with a half dozen gene variations in common--our job was to determine whether these variants of genes affected that virus in a lab setting." It was then discovered that the trend seen in the three geographically distinct locations served as an example of co-evolution operating between viruses and their host.

Researchers in the UK used modern sequencing technology to sequence rabbit genomes to past populations and the population now for comparison. At this time McFadden and the center determined whether the genes found correlated with antiviral effects by testing the virus in cell culture. By doing this as a group the scientists validated the role of genes in viral replication, and still serves as a great example of co-evolution.