White Clover Can Be an Annoying Weed. It May Also Hold Secrets to Urban Evolution. 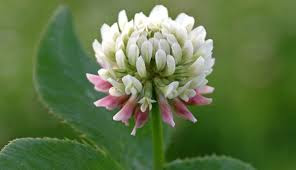 What may seem like an ordinary garden weed is actually one of the most quickly evolving species of flora that will tell scientists a lot about the evolutionary processes in environments that are rapidly changing. In this unplanned experiment that is happening throughout the world, the white clover has learned how to survive in the toughest of climates at a fast rate. Although some may believe these plants to be just a stubborn weed, others see these plants as a refuge for bee recovery as well as Nitrogen nourishment within the soil. In a study under the Global Urban Evolution Project or GLUE, the white clover has been examined in several cities including Ontario, Canada all the way to London. Researcher Marc Johnson believes that cities work great to test cases for evolution. The white clover makes for a good test species because it is seen to flourish in even the toughest of climates such as Norway to southern India.


This study can be very beneficial to examine the correlation between natural selection and how it impacts a species’ evolutionary rate. I find this information could even be used on a smaller scale. As mentioned earlier, the white clover hosts as a refuge for bee recovery. In a climate where pollination rates are low or crops are not thriving, it may be helpful for farmers to plant more of the white clover and put this so-called weed to good use.

Related article
Article link
Posted by Unknown at 8:29 AM