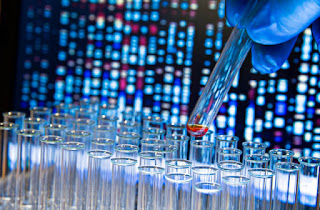 
While many people consider genetic testing to be a novel tool that should be taken with a grain of salt, some folks are making big life decisions in response to test results. 3 sisters from Berkeley Heights, NJ tested positive for a mutation on the BRCA1 gene in 2012. By 2013 all three women had each successfully undergone a double mastectomy (removal of both breasts) and oophorectomy (removal of ovary).

This was not an easy decision for the women to make, however the choice to undergo surgery became more clear when reviewing the probabilities of developing cancers. All three were determined to be at a 60% lifetime risk of developing breast cancer and a 40% chance of developing ovarian cancer. Their pedigree also showed their brother's offspring to have a 50% chance of carrying the mutation.

After surgery one of the sisters, Patti, had reason to be proud of her decision. After her mastectomy, the tissue was found to be cancerous. She told the Star Ledger, "Our decision isn't right for everyone, but there are many options in between and, at the very least, genetic testing gives people the option to be closely monitored so that changes can be identified and addressed early."

I tend to agree with Patti. While not everyone should immediately jump to surgery following a genetic test, we should make use of this tool to identify and monitor mutations. Granted the individual wants to know their risk factors.