Cancer Cells Engineered With CRISPR Slay Their Own Kin 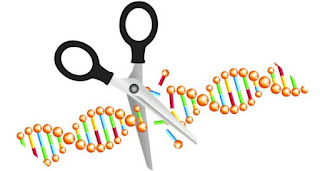 Scientists have figured out a way to trick tumor cells into killing their own kin through gene editing. Researchers have engineered tumor cells to secrete a protein that results in a death switch in resident tumor cells. The cancer-fighting cells also have a suicide switch which will cause them to self destruct. CRISPR/Cas9 is a gene-editing approach to give the cells more sophisticated properties such as self destruction. Researchers needed to find a protein that could cause cell death. That is when they found a protein called S-TRAIL. This protein would kill off cancer cells and not affect healthy cells. Scientists took two approaches. The first involved glioblastoma cells that were resistant to S-TRAILS and the use of CRISPR to edit genes in these tumor cells so they could produce an abundance of S-TRAILS and let them attack cancer cells. The second approach involved taking glioblastoma cells which were sensitive to S-TRAIL and cut out genes that impart the sensitivity before giving the cells the genes to produce proteins. Both trials resulted in reduction of tumor size in mice, ultimately leading to a longer life. Using cells that aren't resistant to S-TRAIL could help doctors use their patients' own cancer cells to turn against each other and target that specific cancer. The second approach using cells that are resistant to S-TRAILS could be a quicker solution but those cells would be foreign to the patient, resulting in a greater risk for the body to reject them.

I feel that this discovery, once perfected and further improved, could save many lives and help cancer patients live longer. Both approaches have pros and cons but it is a great step toward advancements in curing cancer. It is interesting how they can make the cancer cells turn against their own kind while preserving the healthy cells. That is the main issue and concern with current cancer treatments- harming the healthy cells.

Link to original article
Link to related article
Posted by Unknown at 12:06 PM