This study looked at individual genes that cause the development of sleeping problems. It showed evidence of a genetic link between insomnia and certain psychiatric disorders and certain physical conditions. The study was run by Murray Stein from the University of California. One of the major culprits of loss of sleep is insomnia, 20% of Americans have problems sleeping. Insomnia greatly effects a person’s health in a negative way, which puts stress on the healthcare system. Insomnia has been linked with many long-term health issues such as diabetes, heart disease, PTSD, and suicide. Past studies have shown that traits like insomnia can be inherited. Understanding the molecular foundation for insomnia is key to being able to develop new treatments for this sleep disorder. This study shows evidence that insomnia is somewhat heritable. The study found a link between insomnia and depression and a strong link to type 2 diabetes. These links propose that there is a genetic trait that is common between these co-occurring phenotypes. The evidence from this study supports the evidence found in previous studies. 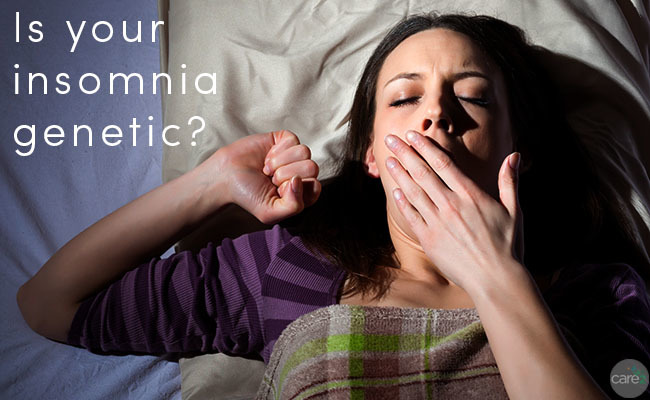 After reading this article from ScienceDaily, I looked for some more research on the linkage of insomnia to genetics. I found an article on another study that found seven genes that were identified as a link to insomnia. This study found similar evidence, to the previous study, that also linked these genes with certain psychological disorders. This study also found a link to two other common sleep disorders - periodic limb movements of sleep and restless legs syndrome.