More than 100 genes have been identified to play a role in memory processing in the human brain. This study is a part of a relatively new field called “imaging genetics” it focuses on how genes determine structural and functional organization in the brain. Past studies that tried to link behavior and genes but lacked neural markers which can be essential to link to the two. The memory genes were able to be identified by using genotyping and brain imaging. The study used RNA in post- mortem brain tissue and intracranial EEG (iEEg) data from epilepsy patients alone with analyses from fMRI data linking resting- state brain behavior to specific genes. The RNA allowed researcher to determine gene expression. The iEEG data from epilepsy patients performing episodic memory task while electrodes would localize seizures essential inhibits function of specific parts of the brain. Interestingly some memory genes overlap with several genes associated with autism which bring about new research opportunities. I found this article to be interesting because it is combining genetics with cognitive neuroscience which I have not heard of before. Usually cognitive neuroscience is focused on what brain structure performs what function or what role does a certain neurotransmitter play. Now researchers are looking at the origin of these components which reflex upon the advancements of technology and understood knowledge. Also, I believe this study could continue and eventually help people who experience memory loss whether the loss is due to age, amnesia, or Alzheimer’s disease. 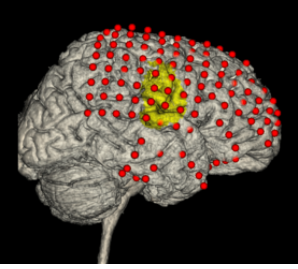 Posted by Katie McLaughlin at 2:15 PM