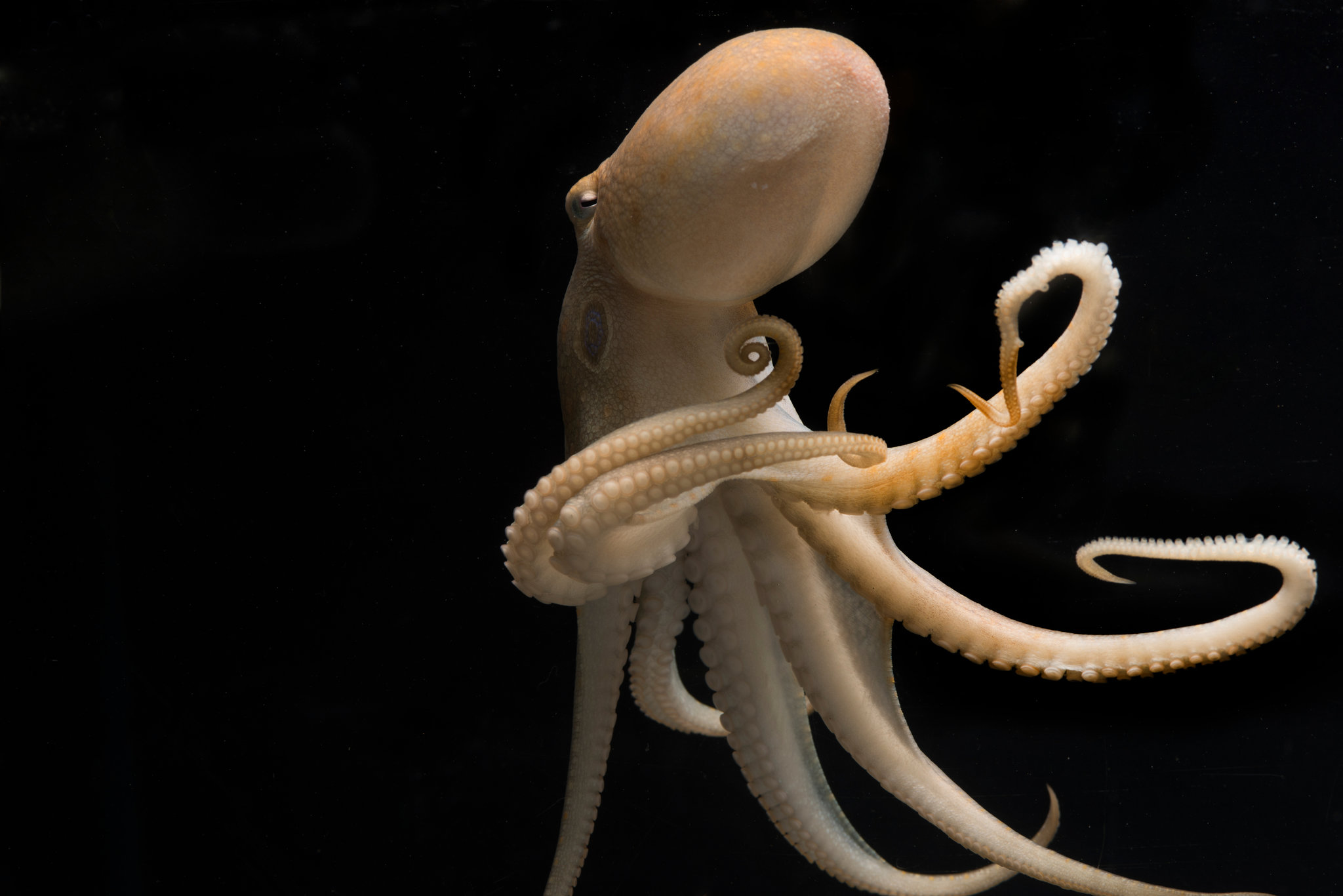 Octopuses, squids, and cuttlefish, scientifically known as coleoid cephalopods, are the only species aside from humans known to have achieved behavioral sophistication. Dr. Rosenthal a marine biologist, Eli Eisenberg a biophysicist, and Noa Liscovitch-Brauser a postdoctoral scholar at Tel Aviv University uncovered in their research that these coleoids use extensive RNA  editing to flexibly diversity proteins within their nervous system. In order to determine this change in coleoid's genetic coding, they looked at the differences in the DNA and RNA sequences of two octopuses, a squid, and a cuttlefish. In the study, they found that these species tens if thousands of re-coding sites in which the RNA edits proteins that were initially encoded by the DNA. When they compared the re-coding sites of each of the studied species, they uncovered that they each shared tens of thousands of similar re-coding sites, which is a major evolutionary discovery. They also uncovered that DNA mutations are marked depleted within these sites. These depletions hinders these aquatic animals from undergoing evolutionary change because DNA mutations are what usually causes a species to develop new adaptive traits. The researchers also found that RNA editing is abundant within the nervous tissue, which they hypothesized is the cause of their behavioral sophistication.

I found this article interesting because we could learn a lot about gene editing from these cephalopods. I also found it fascinating to learn how these animals develop sophisticated behavioral attitudes/functions. This article also sheds new light on RNA editing's function within different species, because it was once thought to be insignificant. It is also important to note that the article states that RNA editing seems to be favored by natural selection in cephalopods.


Posted by Alexandra Rodriguez at 4:56 PM