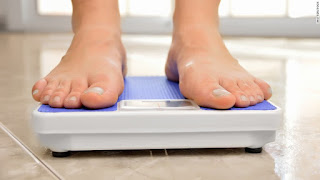 It has been widely and quite long known that some genetic conditions cause obesity, however, a new study finds that there are even more than we originally thought. Originally there were about 2 dozen conditions, now there are roughly 79 rare genetic syndromes linked to obesity. The study was focused on monogenic forms of obesity, which are quite rare. After analyzing 161 scientific research papers, they found 79 obesity syndromes reported where not only did the genetic defect result in obesity, but it also caused additional abnormal features (such as mental disability, characteristic facial features, kidney disease and heart malformation).

I think that this study is very important because some of the more common genetic syndromes can be treated with a hormone. So the quicker scientists are able to work out the genetics for the remaining, less common syndromes, the quicker they will be able to find or create treatments or even cures for them. Obesity can lead to a multitude of serious health issues, so it’s important to know if there are underlying genetic factors for people who are obese (or at risk for becoming obese), and to learn how to treat and even prevent it.