The Race for a Zika Vaccine

A vaccine for the Zika virus is much closer than anyone would anticipate. Scientists and researchers everywhere are working tirelessly to develop a vaccine from scratch that could stop Zika and its birth defects. Typically, vaccines take ten years to make, but a Zika vaccine could be available as soon as 2018, which would be a remarkable two years compared to the typical amount of time it takes to develop a vaccine. There are more than a dozen pharmaceutical and government companies working on this vaccine. Some companies are working on using DNA splicing, which has never before been approved for use in human vaccines. The motives of saving lives, along with the opportunity to make huge profits as the virus is in countries like Brazil and the US - places which can pay for public vaccination campaigns - are what is keeping this hunt for a vaccine going. Timing is crucial for the development of the vaccine. Clinical trials in South America will be done within the next few months as infection rates are expected to be high. However, if the window is missed there may be a year or longer delay as vaccines are preventative and thus will only perform as expected during a certain time frame after an outbreak. 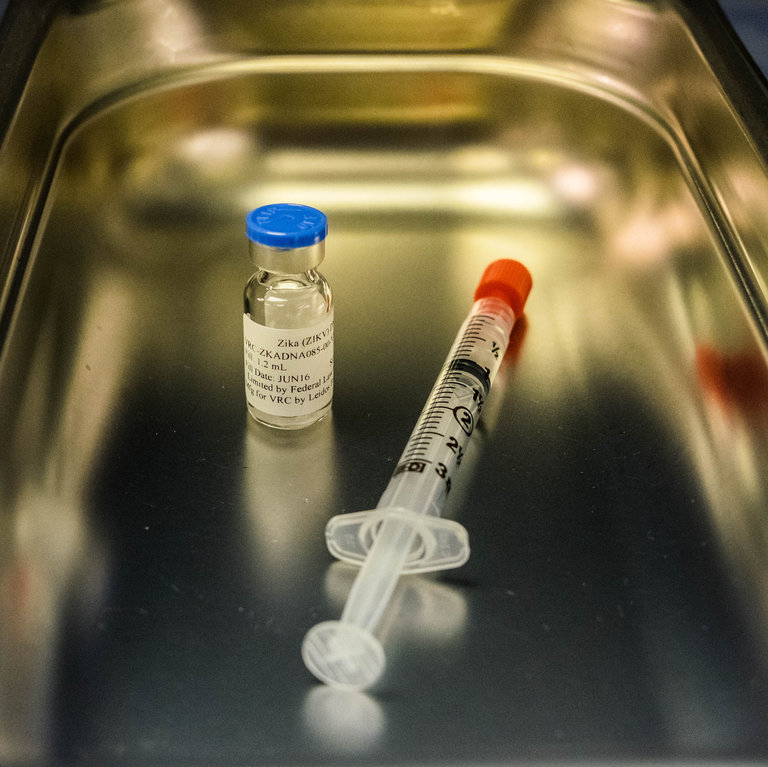 Immunologist Dr. Fauci has led the National Institute of Allergy and Infectious Diseases for over 30 years and has played a role in every infectious outbreak since then. He is confident that a vaccine will be created for a number of reasons. The economic motivation is clear, being that the first team to create an effective vaccine will likely reap billions in profit from governments trying to eliminate the virus. Zika also belongs to a family of viruses called flaviviruses, which scientists having been fighting for years and years, and of which many vaccines already exist. Some teams went with the basic killed vaccine approach, the same one that is used for polio and the flu. It is reliable but can take decades to develop. Dr. Fauci and his team took a different approach which involves inserting a harmless part of the virus's DNA into humans which will then form Zika proteins in the body and lead the body to creating antibodies against the Zika virus in case it arrives. However, this technology has only been approved for animals, not humans. Clinical trials are starting throughout Central and South America, along with at a clinic in the University of Maryland School of Medicine. Dozens of people around the world have received potential vaccines for the virus thus far, so hopefully one will be successful. I believe that there is a very high amount of motivation around the world to form a successful vaccination for Zika, especially money. With all the new technology and techniques being tested by several different companies, at least one of them is bound to be effective very soon. This vaccine will be a huge breakthrough, considering how many people the Zika virus has already afflicted.
Posted by Nardin Awad at 7:06 PM