Picky Eating May Stem From Your Genes

Researchers in the UK and Norway recently published a study in the Journal of Child Psychology and Psychiatry that focused on the genetics behind picky eaters. The study centered around 16 month old twins from a UK program called Gemini. Over 1900 families with twins participated in the study, curious to know whether or not their children's eating habits were affected by their genetic makeup. The researchers compared identical twins, due to the fact that they share 100% of their genes, and fraternal twins, who share approximately 50% of their genes. The parents were required to take a survey that asked a list of questions pertaining to their child's eating habits and patterns, as well as what the children enjoyed eating and what they resisted eating. The results showed that at least 46% of variation in the fussiness of a child came from their genetic makeup, influenced by multiple genes and not just one singular one. The finding also showed that 58% of new food rejection in 16 month old children stemmed from their genetics as well. 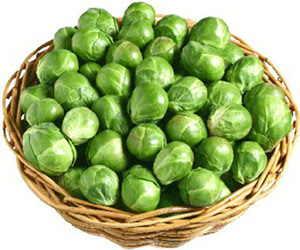 The main conclusion to this study was that genetics definitely has an influence in the food pickiness of a child, however, the exact extent and the specific genes that contribute to this have yet to be identified. The researchers proposed the idea that while genes have a huge influence on this topic, they are not set in stone when it comes to what the child eats, or how they develop in the future. In most cases, the child's environment has an equally important role in what kinds of foods they like and dislike. Depending on factors such as location, food availability, and parental influence, children may change over time in their level of food pickiness despite the initial influence that their genes have on them. A significant factor of the study was that it was performed on toddlers, a time where development is still a major factor and change may occur. In adult populations, the results may be different. It would be interesting to see a follow up study for these 16 month old children at different stages in their lives to assess how much has changed since their initial assessment. This information poses an important question based on the foundation of our genes: just how much do they influence our likes and dislikes when it comes to food? And to what extent will our likes and dislikes be passed down to our children? I believe this study is important because with more research and future findings, we may be able to pinpoint the exact genes that are responsible for influencing our taste. This study opened the doors for much more research to be done in the field.