The Effects of Smoking 20 Cigarettes Daily for 1 Year

Smoking takes the lives of roughly 6 million people each year, and it is estimated that there will be 1 billion tobacco-related deaths in this century alone. Smoking causes DNA in your body to have mutations, which produces irreparable damage in many organs. Researchers from the Wellcome Trust Sanger Institute and King’s College London did research on the genetic mechanisms behind the 17 types of cancer caused by smoking. In order to compare the amount of smoking- related DNA damage, they took a look at the DNA of 5,000 tumors from nonsmokers and smokers to identify any genetic differences. After counting the number of mutations in each tumor, they were able to measure the rate of mutations caused by each cigarette smoked. 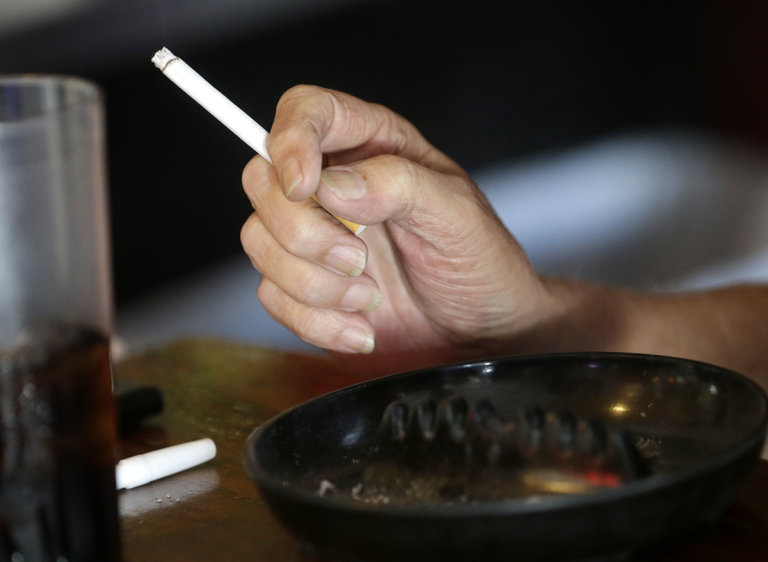 The study found that those who smoke a pack of cigarettes a day, develop 150 more mutations in their lungs each year, compared to those who do not smoke. Similarly, the results show the increase in the risk for developing lung cancer in smokers. In addition, it shows the effects of smoking one pack of cigarettes per day on different organs. The researchers found that it led to 97 mutations in each cell in the larynx, 39 in the pharynx, 23 in the mouth, 18 in the bladder and 6 in the liver. They concluded that smoking accelerated the speed of the cellular clock that prematurely mutates DNA. David Phillips, a professor from King’s College London states, “Mutations caused by direct DNA damage from carcinogens in tobacco were seen mainly in organs that come into direct contact with inhaled smoke. In contrast, other cells of the body suffered only indirect damage”. Professor Mike Stratton concludes that this study will help further find more information on cancers caused by things other than smoking.

I think it is very important to understand how smoking causes mutations in different parts of the body. It is very interesting how direct and indirect amounts of damages differ in the amounts mutations caused. Essentially, it will lead to further explanations in how to prevent such mutations caused by other cancers