Interbreeding Between Cousins Calls for a New Study

Two different species of apes interbred to create a new study. Researchers found that chimpanzees and bonobos became different species about two million years, but DNA found in chimpanzees proves that the two species have mated and produced offspring together. This did not only happen once but two times in the past 500,000 years. Around 350,000-500,000 years ago chimps and bonobos were suggested to come together and again about 150,000 years ago. According to another journal, these researchers were not the first to find these results in DNA research with the chimpanzees. The researchers compared this interbreeding to humans mating with Neanderthals and other possible species that could have existed thousands of years ago. Neanderthals DNA is found in humans just like the apes.

I find this so interesting because I feel as if both species do not see a large difference between each other. I believe that animals are very intelligent, especially apes. They are distant cousins, but it is odd that they have only seemed to mate at two different times. It makes me wonder why it occurred when it did and why did it not happen again. The researchers mentioned that the bonobo DNA in a chimp was actually more negative rather than a positive, for a biological standpoint I would not know much about it, but for research I find it quite awesome. Hopefully more studies are conducted to find if more species did interbreed and to also find out why mixing these two species is so negative. 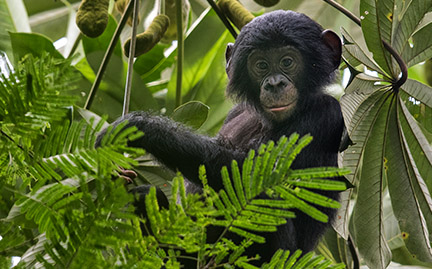