DNA Editing and the Responsibility it May Hold


A recent study has brought forth a new technology that may be able to hold lots of control over editing one's DNA sequence. This technique, that enables gene editing, is potentially a very useful tool in the nature of eventually finding causes of disease and syndromes that are caused by mutations in DNA sequences. This technology would also help us learn more about cells and how they function, ever adding to the information that we already have, and helping us to understand the biology of our bodies more extensively.

The new technology, CRISPR, may sound innovative and helpful; however it also raises concerns. One primary concern is that future parents could potentially attempt to almost 'design' their babies, or at least their DNA sequencing. Another concern that has been brought to researchers' attention is the possibility of premature use of this technology, that may lead to detrimental results in patients that may qualify for it. However, there is so much still to learn about this editing technique and the power it holds, that hopefully we can avoid any dangers that may lie ahead. Researchers have also put a halt on some of the more extensive research this technique entails in terms of ethical use; therefore, the future use of this gene technique will presumably be received better by the public and potential patients. 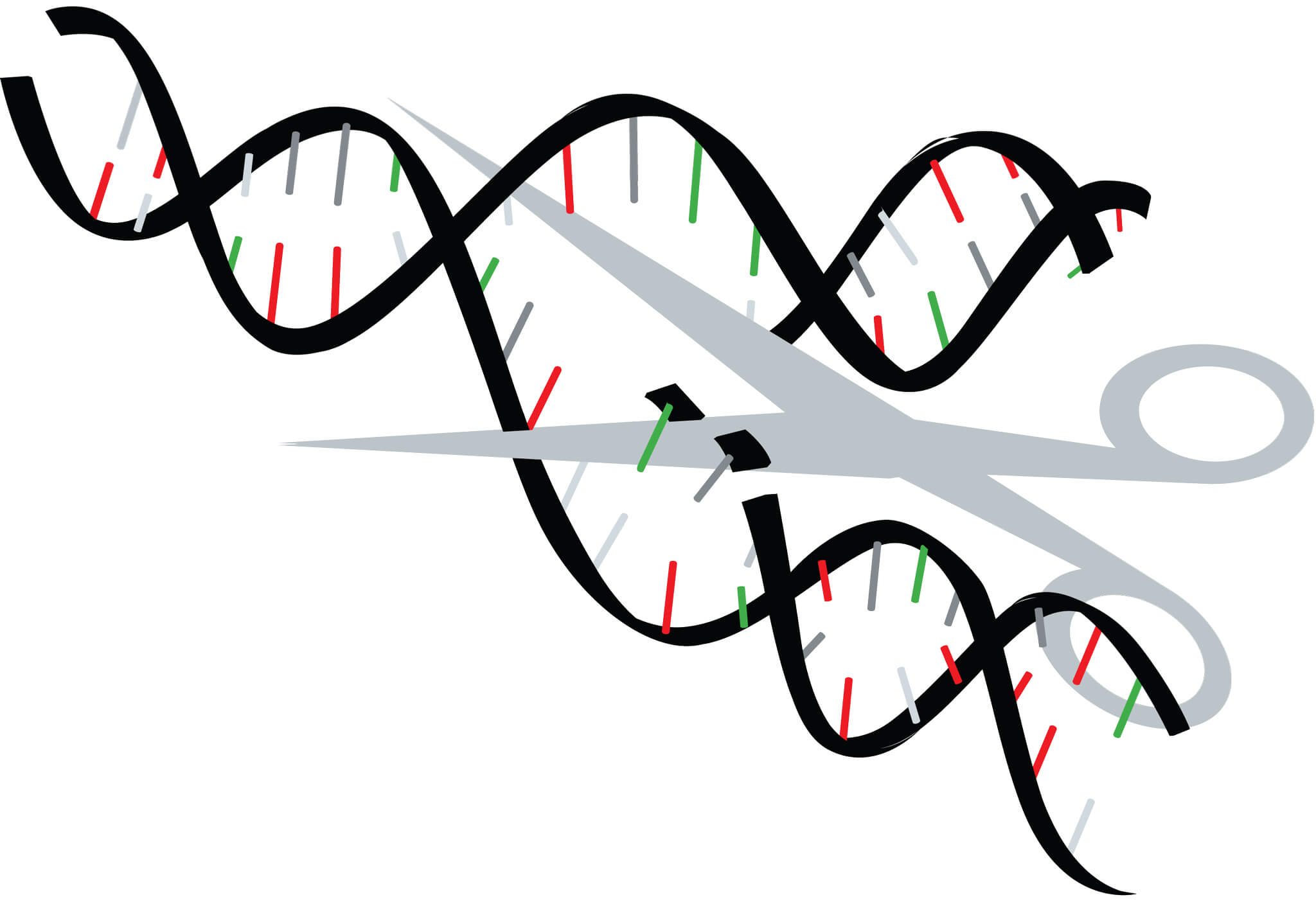 Most diseases or syndromes caused by DNA mutations do not focus on correcting the mutation itself, but rather a way to minimize the symptoms of the mutation and make it more feasible to live with. For example, cystic fibrosis, a disease that fills the lungs with excess mucus, which is caused by only a single DNA mutation, is most commonly treated by symptoms, attempting to reduce the pent up mucus in a person who suffers from cystic fibrosis' lungs. The practice of treating the symptoms and not correcting the mutation stems from further issues in that it is extremely challenging to attempt to 'fix' an extremely long DNA sequence, and it is unprecedented in the DNA sequence of living humans.

However, in 2012, this technology referred to as CRISPR/Cas was determined to have the ability to operate on human DNA. CRISPR/Cas is used a pair of scissors, that 'cut' the DNA strand where a specific strand of RNA is used, in order to commence DNA repairing that would, if done properly, instead fix the mutation that was causing disease. For some diseases this technique would be used on, it may even be possible to extract blood stem cells from the body, alter them using CRISPR, and put them back into the body. Although, it will likely still be quite some time before this technology and technique is tested on people.

I am very curious to see where this new technology takes us, and how well it can potentially work. It is very interesting to see how the researchers may test all of the possible outcomes in order to ensure there will be no ethic capabilities while testing the use of CRISPR on people. If this technique along with the technology really works, it will be the start of many positive biological impacts on those who suffer from diseases from DNA mutations.
Posted by Unknown at 11:51 PM