Diets Might Affect the DNA Sequence of an Organism's Genes

Research conducted at the University of Oxford discovered that what you eat might decide a lot more than what was originally thought. It turns out that an organism's diet has the potential to change their DNA sequence. This was discovered based off the idea that because organisms use food to build DNA, couldn't a difference in the food composition they consume lead to a differences in DNA sequences.Then, if this is true, is it possible to predict such differences based on how two organism's diets vary. 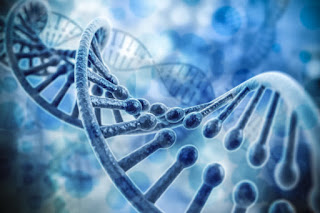 The study was conducted on two parasites who shared a common ancestor with each other, but both evolved to infect different hosts and therefor eat different foods. They discovered that the differences in the amount of nitrogen in these parasites diets bring out a change in their DNA. This is seen in the amount of nitrogen present in the different parasite's DNA sequences. Those that ate less nitrogen had less nitrogen present in their DNA compared to those whose diets consisted of more nitrogen. Based off these results a relationship is shown to exist between an organisms metabolism and its evolution, and how by adapting to a new diet an organism can bring about changes to its DNA sequences.

All of this is very interesting because it shows that it is possible to predict changes that may occur in related organisms by looking at their diets, but I'm not so sure yet whether this relationship between metabolism and evolution really exists. The changes in DNA sequences among those parasites could have come about due to a variety of things, not solely because they consume different levels of nitrogen. Nevertheless, I look forward to seeing more studies done on this in the future that both provide more evidence supporting the  existance of this relationship and how it can be applied to discover new things about evolution.