Why Don't Humans Have Much Neanderthal DNA in Them?

A long time ago, Neanderthal's and modern day humans diverged from a common ancestor, but only 1 of the 2 species did well.  The neanderthals did not just get wiped off the earth, since about 50,000 years ago, they interbred with modern humans as they were leaving Africa, leaving a small amount of their DNA behind.  And by small, I mean very small.  The question is, why is there such a small amount of DNA left over by the neanderthals, and why did the neanderthal human hybrids not survive well?  One answer is as simple as population size.  In smaller populations, natural selection is not as strong of a factor in the population, and so the neanderthals were subject to a lot of inbreeding, and overall the entire population developed and spread more and more mutations around within themselves.  Since these mutations did not stop them from breeding with each other, it can be assumed that all of these mutations built up, and eventually became a very large problem for  neanderthals.

This information also shows why not much neanderthal DNA remains in modern day humans.  Since the neanderthals already were so heavily mutated, when they bred with humans, they passed along their mutations to the hybrid offspring, who then either would have died from the mutations, or would have then passed them down again to their offspring, and so on.  Overtime this process makes it so that the small amount of DNA that was transferred from neanderthal to human was slowly lost, but not completely, resulting in a very small amount of their DNA found in modern humans. 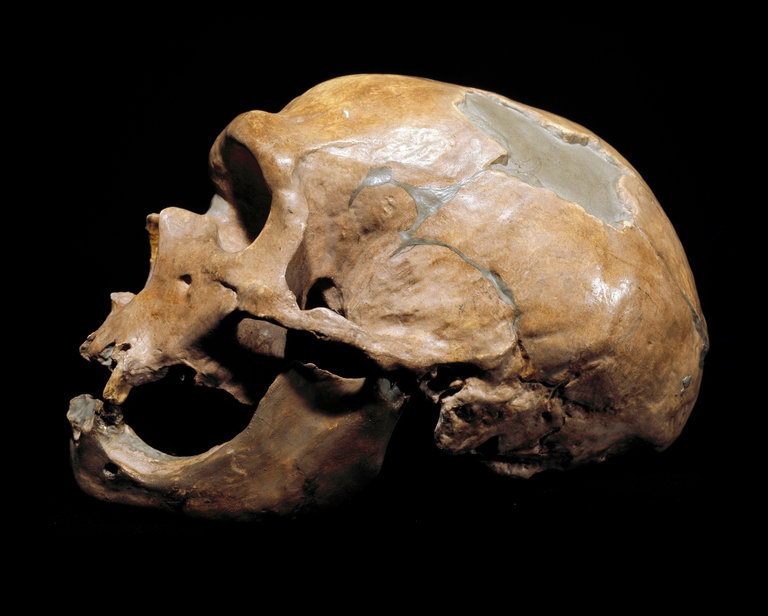 I'm a little surprised that the answer to this problem is so simple.  All it really has to do with is population size, and I think that that is really interesting.  Granted the small population size does make a lot of sense, I didn't think to take into account that this means that there would be a lot of inbreeding occurring among the population, which also makes a lot of sense.  It is also pretty interesting that because of this initial inbreeding, that the major effects of it made the neanderthal human hybrids less likely to survive, and so the amount of neanderthal DNA in modern humans is so small.