At Chernobyl, Hints of Nature’s Adaptation

After the reactor explosion at Chernobyl in 1986, radioactive fallout coated much of the surrounding area and rendered much of the region uninhabitable. The Chernobyl disaster was a product of severely flawed Soviet-era reactor design combined with human error. The death toll due to the plants explosion was only 2 people, but it is estimated that over 4,000 people died due to overexposure to radiation. Biologists often venture inside the exclusion zone (approximately 1000 square miles around the Chernobyl power plant) and observe how different species were affected/adapting to the constant radiation. 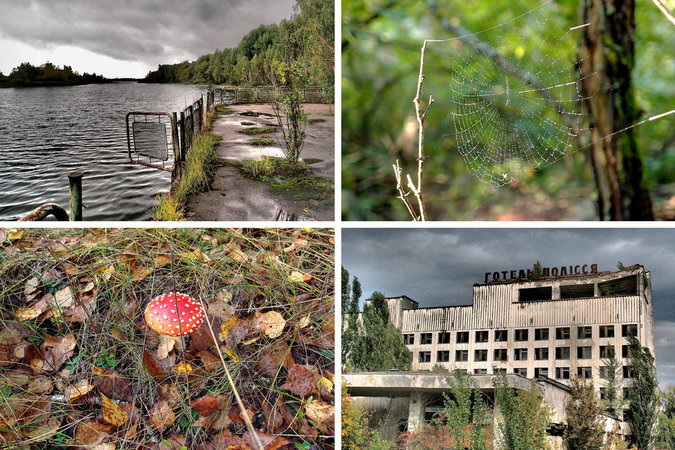 Dr. Timothy Mousseau led a team of biologists and photographers into a few villages on the outskirts of the radioactive fallout to examine different species and how they have changed due to extended exposure to radiation. Mousseau has been coming to the exclusion zone for years in order to examine physical/behavioral changes due to large amounts of radiation. Over the years, Mousseau and his colleagues have reported evidence of radiation’s toll: higher frequencies of tumors and physical abnormalities like deformed beaks among birds compared with those from uncontaminated areas, for example, and a decline in the populations of insects and spiders with increasing radiation intensity.


In some area of the exclusion zone, the radiation levels are low enough for wildlife to live without being at an extremely large risk for genetic mutation. Since the wildlife in these areas have little to no human contact, they thrive. Recently, Mousseau had found a bird species that adapted to the radioactive environment by producing higher levels of protective antioxidants. Because of the high amount of these protective antioxidants, there was overall less genetic damage.