One of the main focuses, the mystery of how bats teach other bats how to whistle or make any of their standard sounds. Young bats use these sounds later on during courtship, mating, when they retrieve food, and defense. So far, only 50 bat species have been studied and all that was found so far is that the adult male bats teach the young bats how to speak just as children learn to speak from their parents. One gene, FOXP2, was identified to be linked to speech and language in bats because it is the same gene that has a role in how humans speak and learn sounds/language.


Some animals can communicate by singing or calling. Most people think of birds right away, however, four bat species also make vocal sounds. Scientists are interested in how bats are able to teach this melodies or sounds to their young. In efforts to uncover this mystery, the project called Bat 1K is now underway as of November 4. Not only are they studying the ability of bats to sing but they are also investigating how they are able to fly int he dark (echolocation), how their immune systems are so strong, and how their lifespans are considerably long. The oldest bat known to live was 39 years old which is equivalent to over a hundred years in a human due to their size. Bats are the longest-lived mammals for their size. In order to find out all this information, scientists are going to try and sequence the genomes of more than 1,000 bat species. 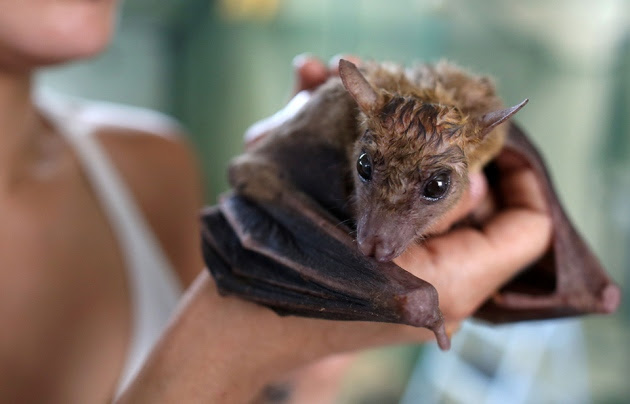 After the genome is sequenced for these animals I would think that it would be fairly easy to identify the genes that allow them to communicate considering the one gene is that of a human. The study of bats was a wise choice when it comes to animals that use communication because they are relatively small in comparison to other communicating mammals like elephants and whales. Hopefully the discover of the gene in bats leads to the genes in these other mammals as well.

Source:
http://www.nature.com/news/geneticists-hope-to-unlock-secrets-of-bats-complex-sounds-1.20997
(Other sources are linked in the text)