The Path of Malaria Discovered by a Drop of Blood


In 1925, a Spanish doctor named, Ildefonso Canicio studied Malaria to find a cure. The same year that Malaria was eradicated from Spain in 1961, Canicio died. However, he left behind blood samples from patients he was working with in the 1940's. Each of these samples tell a chilling story. 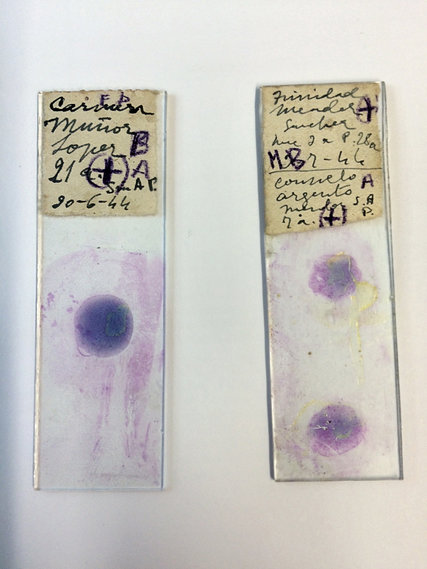 Currently, scientists are trying to figure out how some strains of the malaria parasite arrived in Europe and the Americas. For more than half a century, malaria has not been an endemic in Europe. A large contribution to that is that fact that at one point, the European continent was a hot zone. As the continent cooled, malaria became less of a threat. This is because malaria is transmitted by mosquitos that live in tropical climates where water is plentiful. The European strains are now extinct, and therefore scientists have been struggling to figure out how this disease has spread and evolved across the world.

Remarkably, researchers were able to retrieve DNA from the malaria parasites in the old blood samples that Dr. Canicio left behind. In the DNA, scientists found Plasmodium vivax; which is found in Asia, the Middle East, South and Central America, and parts of Africa; and its cousin, Plasmodium falciparum, accounting for 90 percent of malaria deaths.

These findings suggest that the path of malaria followed the same path of human migration; from India to Europe and then Europe to the Americas after Christopher Columbus's arrival.
Dr. Fox, the scientists who analyzed the blood samples "was able to reconstruct the genomes of the European parasites, the full genome of P. falciparum and nearly 70 percent of the genome of P. vivax". With Dr. Conicio's samples and today's technology, Dr. Fox had more than enough information to make the historical and geographic connections.

Scientists hope to be able to identify the mutations that allowed the parasite to develop resistance over the years and even discover how the disease originated in the first place.