A new study performed by doctors in Europe have shown that not all breast cancer patients have to go through chemo therapy. The study shows that about half of woman with early stage breast cancer who would receive chemotherapy, actually don't need it and would have little to no risk of the cancer coming back. 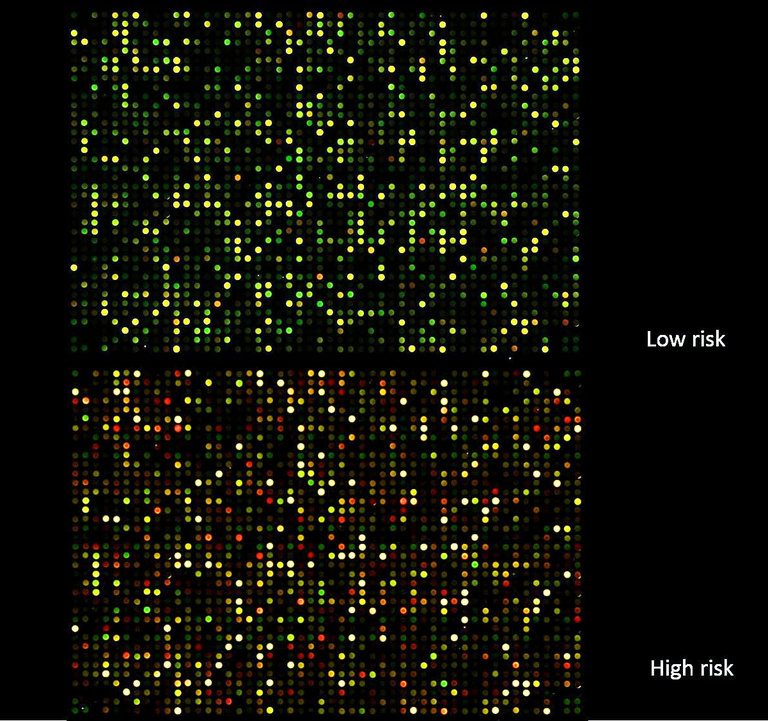 This test will be good for patients who fall into an area of uncertainty, mostly for patients who show high clinical risk but low genomic risk. The study included women with the most common type of breast cancer in its early stages that tested negative for a receptor called her2. The studied involved 6,693 women at 112 hospitals in 9 European countries. All patients had the usual initial treatments of surgery, hormonal therapy, and radiation. Then genomic testing was performed to see if the patient had a high or low risk for recurrence. Clinical features were also looked at such as tumor size and number of positive lymph nodes.

Patients who had a high clinical risk but low genomic risk were of most interest in the study. 1,550 patients in this study fell into that category. These were assigned at random to be treated based on their clinical risk or genomic risk. Some patients received chemotherapy and others did not. The patients were then watched for the spread of cancer.

I found this article really interesting because it was talking about this use of genetics in the help of treating cancer. Women could now have the option to skip chemotherapy all together without enduring the harmful side effects of chemotherapy such as weight loss, hair loss, nausea/vomiting, infection, and other effects. This is a huge step in the treatment of breast cancer and in the future hopefully in the treatments of other types of cancer.

Posted by Ashley Brierley at 11:51 AM