Do Genes Play a Role in our Aerobic Fitness? 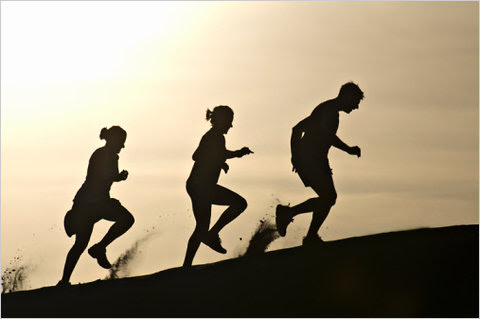 Have you ever been in a situation where you’re trying to get fit but even after months, you see no apparent change, whereas others experience noticeable differences in a shorter time span? According to a new study, genes may be the ones to blame for this. Researchers from the Pennington Biomedical Research Center in Baton Rouge, La., and other institutions examined a group of 473 healthy white individuals over five months responding to an aerobic workout routine. The optimal goal of this experiment was examine the entire genome of people with various traits and determine whether tiny segments of DNA, called single-nucleotide polymorphisms or SNPs recur frequently in those traits. The presence of any of these SNP’s would suggest that a particular snippet affects the susceptibility to exercise. Over the five-month length of this program, individuals pedaled stationary bicycles 3 times a week at the same controlled rate. As expected, some individuals became fitter than others, which was determined by an increase of oxygen in their bodies while performing exercise, a measure called maximal oxygen capacity or VO2. There were no obvious factors that played a role in this such as age differences or body mass. Instead, there was a deviation in their genomes. Out of the 300,000 or so SNPs examined, 21 differed consistently between the two groups. Persons who had more than 19 of these specific SNPs improved their cardiorespiratory fitness as opposed to those who had 9 or fewer. One particular SNP located on the gene ACSL1 was found to account for as much as 6 percent of the difference in response among the participants. This particular gene is also known to play a role in how the body metabolizes fat so its relation with exercise could make sense.

Though this research doesn’t entirely confirm genes play a role in our body’s general fitness, it provides a start for further research to expand on this theory. I found this article very interesting because I personally have experienced friends take significantly longer to achieve their fitness goals whereas others get there in shorter period and with the possibility of genes playing a role, it could certainly explain why.
Posted by Carlos.Gonzalez at 8:46 PM