Genes Determine the People You're Attracted to

According to a study by researchers at the University of California, San Francisco, a person tends to be attracted to people with similar DNA, specifically with specific genetic ancestry. The phenomenon known as assortative mating suggests a similar theory. According to the study, people typically select mates based on genetic ancestry, outweighing "other socioeconomic factors, such as education levels, which itself has shown to be a powerful predictor of attraction in previous research". The study further concluded that mates were often, on average, the "genetic equivalent of between third and fourth cousins". The specific statistics and collected data pool can be seen in the recent release of Proceedings of the National Academy of Sciences. In 2014, a study was conducted by the University of Colorado, Boulder, in which single-nucleotide polymorphisms were examined among a population. To their surprise, "married individuals were like to be more genetically similar than two individuals randomly selected from the same population". Lots of evidence from multiple studies around the country have confirmed that genetics play a large role in the selection of a mate. 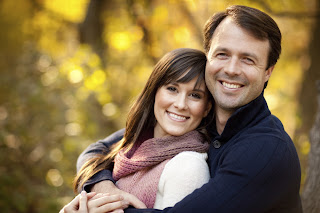 I find this article interesting because I had always assumed that attraction was completely psychological. I hadn't imagined that genetics could be a factor in attraction to others. It is an interesting discovery that I believe needs further scientific investigation, but nonetheless is very interesting and likely an evolutionary adaptation.
Posted by Bethany Mancuso at 10:26 PM