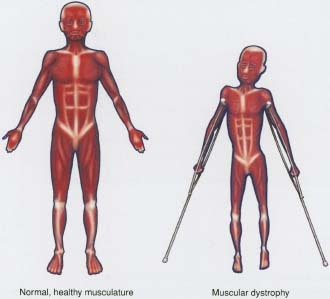 In this article it was discussed how gene therapy was used to treat Muscular Dystrophy in dogs. The success shown in dogs shows promise  but not certain with humans because often times these experiments with animals often fail when tested among humans. Gene therapy is when you take a good copy of a gene and insert it into the cells of an organism to help treat or prevent a variety of different diseases. The gene that affects the production of dystrophin is large in size which makes it impossible to impose this gene in terms of gene therapy. What the researchers attempted was creating a smaller version of the gene known as a micro-gene so that they could use it for gene therapy. This procedure was done on the dogs when they were young and showed signs of developing muscular dystrophy. The results were a success and the dogs were proven healthy several months later.

http://munews.missouri.edu/news-releases/2015/1022-gene-therapy-treats-all-muscles-in-the-body-in-muscular-dystrophy-dogs-human-clinical-trials-are-next-step/
Posted by Unknown at 2:08 PM