Predicting Drugs Side Effects Based on Genetic Makeup

As Prof. Bernhard Palsson states in the article, to sum up his work thus far, "this study is a step forward in demonstrating that patients could be precisely treated based on their genetic makeup". What him and his colleagues aim to accomplish through this model is to be able to predict how individuals will react to the same drug based on their genetic makeup, Palsson specifically did this using red blood cells.

Palsson based this model on the idea that people have different variations of the same gene, which as a result would affect how they metabolize a certain drug.  The model was designed to collect data about the genetic type of the person as well as their specific metabolism; and as a result to help predict how an individual's body will react to a drug.

This particular study involved the kinetic model of red blood cells, as defined in the article, a genetic model is "one that stimulates the chemical reaction of a system and takes into account rates and changing levels of products".

Using this model researchers were able to identify people at risk for anemia induced by ribavirin, and through the model identify the regions in the red blood cells that cause this side effect.

Taking this study the researchers want to build models for larger groups in order to test their ideas further, extending the models into platelet cells and eventually cells of the liver, which would be ideal as this is where most drugs are metabolized. 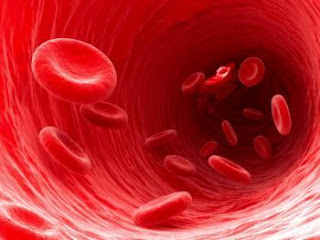 If this model were to succeed and they research eventually reaches the point where they are able to use a model of liver cells, I think this would be a huge step forward in science / medical field especially when creating new drugs, and in the process of clinical trails.  As a result, researchers, doctors, etc., would be able to better treat each individual based on their own genetics, resulting in a better outcome for the patient.  Eliminating unwanted side effects of a drugs just by knowing how ones body would react to a specific drugs, even when it works for some people, would be amazing, not just for doctors / scientists and people in the field, but also for the people and communities as a whole.