Why Don’t Elephants Get Cancer? 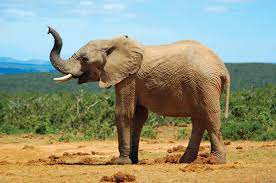 When organisms have a large number of cells, then there is a higher chance that there will be a mutation. This is not the case for large mammals, such as elephants. The P53 gene is found in a lot of mammals, including humans. This gene repairs DNA replication errors, which prevents mutations, which prevents cancerous cells from growing and spreading. It also prevents cancerous cells from turning into tumors by pausing division of cells. Humans have one copy of this gene, while it was recently discovered elephants have 20. This means that elephants can produce 40 proteins that can help elephants prevent cancer in their bodies. Cancer develops in humans when mutations prevent P53 from working. In elephants, P53 also responds quickly by molecular triggers, so it is able to quickly detect when mutations occur.

Scientists took blood samples from elephants to observe how P53 interacted with damaged cells and compared the interactions to human P53 and damaged cells, which could be a breakthrough in understanding cancer. Perhaps there is a ratio of body size to the number of P53 genes found that determines how many P53 genes mammals will have. If P53 genes were inserted into humans, then this could reduce the chances of someone developing cancer. Another idea that I thought of relates to an exercise in Genetics Lab. When skin color was discussed, it was discovered that people with ancestors that had a lot of sun exposure had more melanin production. The melanin production protected the skin from UV rays and allowed folate vitamins to be produced when a woman was pregnant so that babies would survive. Maybe elephants were susceptible to cancerous mutations caused by UV light, and elephants with more copies of P53 were naturally selected.

Posted by Amanda Anzaldo at 9:55 PM