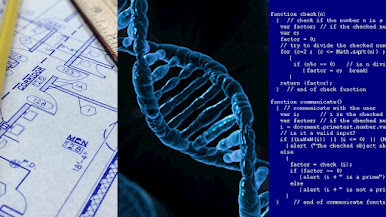 Graduate students and researchers from Technion and MIT collaborated to produce cells designed to perform computations similar to artificial neural circuits as explained in this article. A plasmid was inserted into a cell, acting as an artificial neural network. This was made possible by altering the plasmid’s genes, giving the plasmid the ability to activate and deactivate those genes due to stimuli. This is similar to how computer code works. Computer code consists of 0/1 switches, and the combination of those switches allows for different functions to be performed. The presence or absence of a molecule in a cell can act as a switch and perform similar functions. A cell can then be “programmed” to perform a function or set of functions such as the OR or AND functions. Artificial intelligence algorithms were also used to reduce the time and cost of genetic modifications to bacterial cells, making this technology more accessible. This technology is in a very early stage but has shown great potential to improve the dosage and effectiveness of cancer immunotherapy and diabetes drugs amongst other things.