Viral DNA in our genome 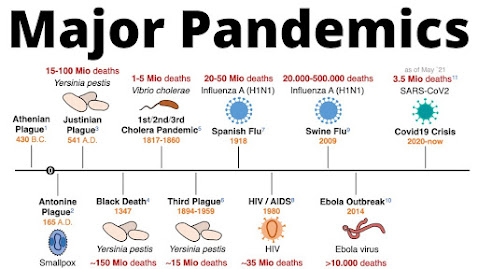 Aidan Burn discusses in the article "How the Ancient Viral DNA in Our Genome Affects Disease and Development", how remnants of DNA from past pandemics are being seen in the human genome of healthy individuals. More specifically, human endogenous retroviruses are around eight percent of the human genome as a result of infections from ancestors and became part of the genome during replication. However, some ancient retroviruses were not typically passed from generation to generation but some gained the ability to infect germ cells that pass their DNA to future generations. In addition, "Human Endogenous Retroviruses Are Ancient Acquired Elements Still Shaping Innate Immune Responses", depicts how human defenses should prevent HERV medicated immune activation, however, HERVs are still able to modulate and be influenced by the individual's immune system which implies a central role in the evolution in the human innate immunity. It was detected that HERV genes were in tumors and diseased tissue as well as human embryonic development but it was not determined its role in healthy tissue. For example, syncytin which is a HERV embedded in mammal genomes, is a gene derived from an ancient retrovirus that plays a large role in the formation of a placenta during pregnancy.
Knowing the role of human endogenous retroviruses in the human genomes is crucial for the future healthcare system and developing medications. Although, it is not determined the role they play in healthy tissue the role they play in diseased tissue is something that can be used advantageously for producing new drugs to target diseased tissue. Finally, I found it intriguing how eight precent of the human genome contains DNA "foreign" to humans.
Posted by Desarae Holloway at 10:38 AM