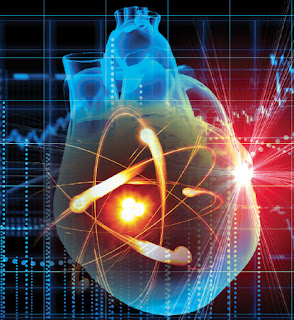 Researchers from Surrey’s Quantum Biology Doctoral Training Center found that DNA replication happens 100 times faster than previously thought due to quantum effects in this article. As quantum effects in biology is a relatively new study, many new findings are coming out regarding their impact on biological processes. At this speed, it is theorized that quantum effects could impact the DNA replication process causing mutations. One enzyme is responsible for quantum effects being able to take place, helicase. During DNA replication the two DNA strands need to separate. Helicase is responsible for this separation and was previously thought to be a slow process. If this process was as slow as initially thought, point mutations would not be able to survive the replication process. Researchers have now found that the opposite may be the case, and helicase could be causing the mutations to stabilize instead. Quantum physics, computational chemistry, and other specialized fields within physics, chemistry, and biology are all looking to answer questions about quantum effects. This could lead to a better understanding of point mutations and possible prevention of such mutations in the future.

Posted by Jacob Sweigart at 8:05 PM