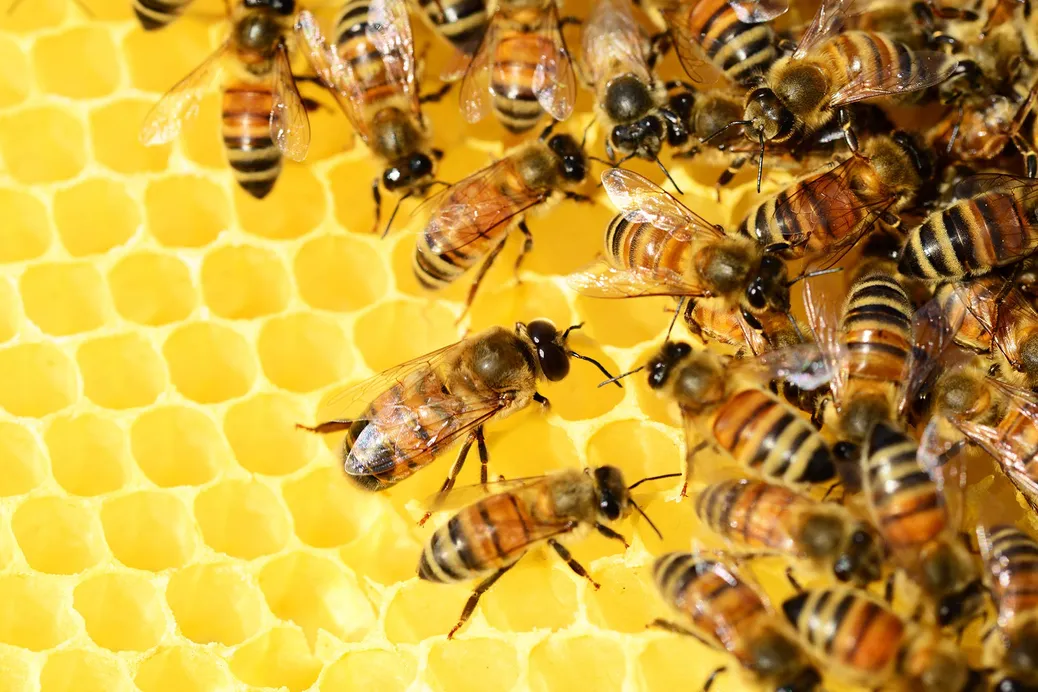 Entomologists from Maryland have found that bees that are kept in a controlled environment do not live as long as bees in the past. This affects honey production, and lifespan of bee colonies.  For years, beekeepers are losing their colonies much quicker than they have in the past, and entomologists are also seeing this effect in their labs. Experiments were conducted to see if bees were facing environmental stressors, malnutrition, diseases or parasite infections, which are normally reasons that bees have shorter lifespans.

A Ph.D student from the University of Maryland has observed that bees are isolated from a young age, and just before they reach adulthood, they are taken out of isolation. This means that something is occurring when the bees are young that is causing them to die early. This could be a genetic factor, so scientists are working on separating the bees based on what genes they carry. This is going to involve a lot of genetic sequencing.

I think the reason that bees that are isolated at a young age are dying faster is because of some developmental factor. If bees are kept in an incubator, then they are not able to interact in an environment that is normal for them. Perhaps the bees in the incubator mated with each other too much, and the generations of bees now have inherited genes that cause defects. If bees were kept in controlled environments for too long, then it is likely that inbreeding occurred. If inbreeding increases homozygosity, then new bees may be homozygous for recessive genes that affect their survival. With less genetic variation, a species will struggle to survive when there are external factors that affect their population. This makes extinction more likely.
Posted by Amanda Anzaldo at 1:26 PM