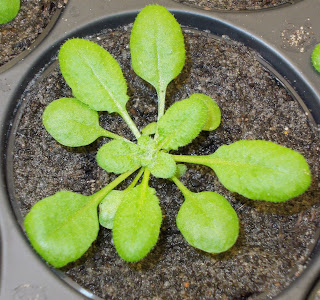 Scientists in Singapore have published their research on genetically altering the plant protein WRINKLED1 (WRI1) to produce more vegetable oil. The Nanyang Technological University in Singapore conducted the analysis, experimenting with the plant Arabidopsis, a member of the mustard family. The experimental results showed that by modifying the WRI1 protein Arabidopsis could produce 15-18% more oil in its seeds. The breakthrough for the research team came when they were able to complete a high-resolution image of the structure of WRI1. The completed structure revealed how the protein binds to DNA and this tells the plant how much oil to make in seeds. To do this the scientists modified the crystal structure of the WRI1 to increase the amount of binding to DNA that takes place. "The stronger the binding the more oil the plant will concentrate in its seeds" was the idea of the study said Asst Prof Ma, a plant molecular biologist in the study. Currently, the team has filed for a patent for their gene modification technique and is looking for partners to commercialize the new technique.

I found this research to be very interesting. We have discussed a lot about the genetics of domestic crops in class so far, and I think that this is the next big step forward to ensuring crops can provide enough food for the population. I think that genetically modifying crops will become more and more prevalent in the future
as studies like these continue to make advances in altering the genetic makeup of crops to make them produce more, grow bigger, be more tolerant to pests or droughts, and have other traits of interest. The applications of this field are practically limitless and it will be interesting to see where else this and other studies will take it.

Posted by Forrest Jennings at 9:46 PM