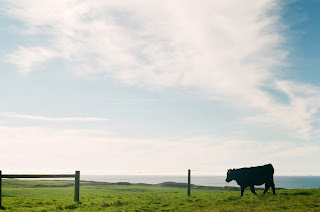 Photo by Max Ostwalt on Unsplash

Back in March 2022, the U.S. Food and Drug Administration (FDA) put out a report declaring their first low-risk determination made for the marketing (for food) of products made from gene-edited cattle. The Intentional Genomic Alteration (IGA) for these cattle was done using CRISPR and is known as PRLR-SLICK cattle. These gene-edited cattle share a particular trait in common with other conventionally bred cattle which is short, slick hair. This trait actually arises due to naturally-occurring mutations in the conventionally bred animals. The reason for the selection of this trait in particular is because, according to scientific literature, it gives them the added benefit of better withstanding heat stress which ultimately results in more robust and improved cattle and thus meat for food production. While the FDA has approved its share of IGA in animals (goats, chicken, pigs, etc.) in the past, they have mostly been for non-food, therapeutic uses. This low risk determination pertains to the amount of enforcement discretion used in allowing IGA in animals, specifically for food use. Given this approval, the product developer plans to introduce meat from their product into global markets soon, sometime in the next two years, the article writes.

According to the FDA's website, IGA are "changes to animal's genomic DNA produced using molecular technologies which may include random or targeted DNA sequence changes including nucleotide insertions, substitutions, or deletions." I am curious to know, to what degree does human error play a role in editing certain sequences in the genome of these animals, and is that ever a concern in these cases?

Posted by Miguel Barriera at 8:26 PM