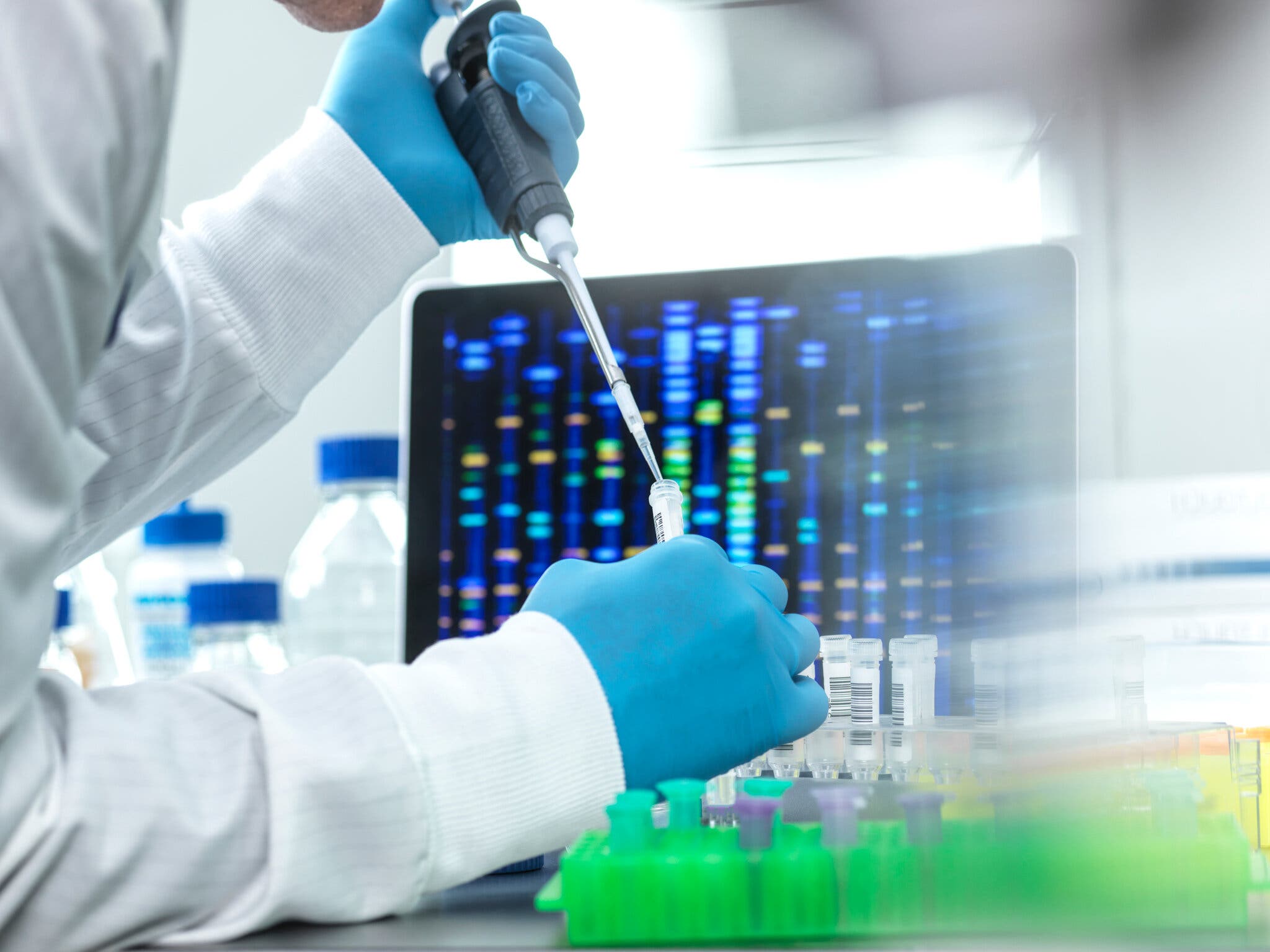 Those with the gene variant, APOE4, are more likely to develop Alzheimer's disease and  through genetic testing, can be a way to find out if you have it. The APOE gene is important for formation of protein that carries cholesterol throughout the bloodstream and has 3 different variants. Scientists learned that depending on which variant you have will help determine the chances of developing Alzheimer's, APOE4 having increased risk, APOE3 being the more neutral/common type, and APOE2 having decreased risk. Since ~25% people carry one of the increased gene variant, APOE4, their chances of acquiring Alzheimer's is increased by 2-3 times and even more if said person has 2 or more copies of APOE4.

Even though it is a chance so it is not a guaranteed thing that you will acquire Alzheimer's and vis-versa where if you don't have the increased chance you can still get the disease. There are many ways to help reduce the overall chance such as being active, a good diet and limiting alcohol consumption. Things such as age and family history play a major role on whenever you have a high likely of acquiring the disease as they can not be changed and have a greater impact on your chances but being conscious and taking steps can be vital.

Posted by Christopher Lin at 11:01 PM