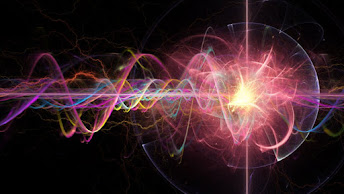 Researchers specializing in quantum mechanics find that the speed of the enzyme, DNA Helicase, could facilitate the occurrence of quantum effects in point mutations. Point mutations are caused by DNA base deviations. These deviations could entail an insertion, replacement, and rearrangement of the standard DNA base sequences of adenine and thymine or cytosine and guanine. It is from these deviations of DNA base sequences that mutations and various genetic complications arise. As noted from research findings, previous conclusions around the causes of point mutations did not focus on the idea of Quantum tunneling, because of the speed in which DNA replication occurs. However, despite previous conclusions, advancements in chemical quantum calculations have shown that DNA replication’s speed is fast enough to allow for quantum mechanics to exist. These findings warrant the reinforcement of modern conclusions around the cause of the point mutations and genetic discrepancies from DNA replication, which can be beneficial in conceptualizing genetic mutation.

Overall, I found the information in the article to be very informative. Prior to reading the findings of the experiment, I was not exposed to the concept of quantum mechanics, especially in application to genetic mutation. Given this, the article provided me with the different perception on genetics and the role that physics plays in DNA replication.