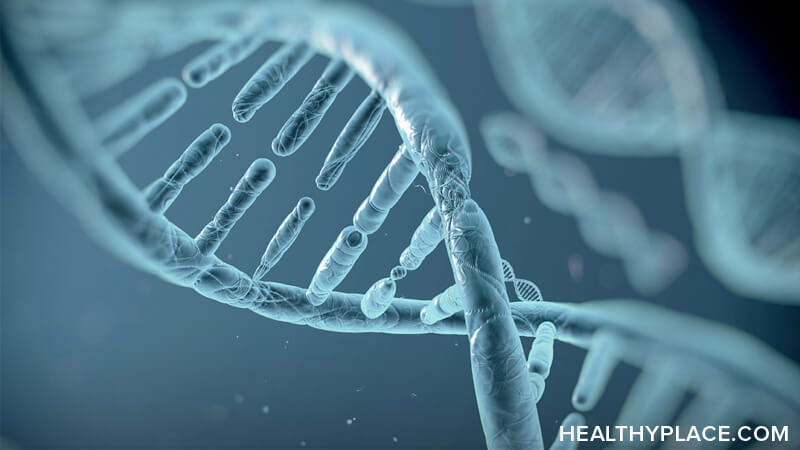 The question of whether mental illness is genetic tends to be a complicated discussion. It is most likely caused by a combination of genetic and environmental factors. Conditions like depression and schizophrenia tend to be more closely related to genetics than some other disorders. There is still much to be explored between the relationship of mental illness and genetics. However, it is usually caused by a combination of four main factors: genetics, environmental, psychological, and biological factors. While there is no current genetic test to determine if you carry a specific gene that is likely to lead to a specific mental illness, one's best bet is to review their familial line to determine their genetic risks for developing a mental illness. With this being said, if you do have a close family member with a particular illness that does not mean you will develop it, there is just an increased risk.

Focusing specifically on depression, it is one of the most common mental illnesses that affects nearly 350 million people around the world. The genetic components of this condition are still being explored, however it is heavily involved with genes that regulate neurotransmitters (like serotonin transporter genes). Overall chemical imbalances, childhood trauma, life stressors and drug and alcohol abuse can also contribute to the development of mental illnesses. While we still have a lot we don’t know, there are links between genetics and mental illnesses. By studying more about these contributing factors, we can learn how to manage our mental illnesses and live a balanced life.