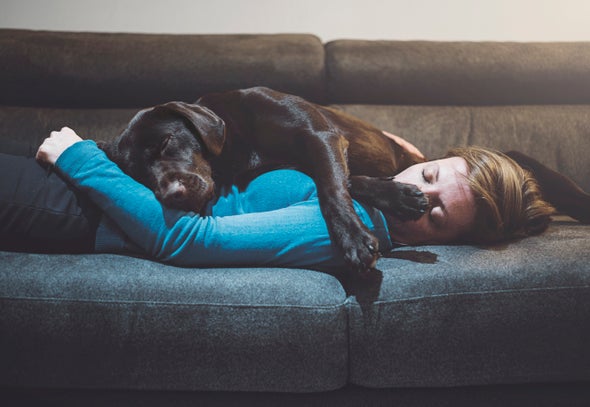 Modern dogs are relatives of wolves, but the genetic change that allowed wolves to develop into dogs is unknown. A study was done between different breeds of dogs, each breed was noted of how distant a relative they were to the wolf. The test required the dogs to perform an impossible task of opening a jar of peanut butter, one of the results noted was dogs that were more distant relatives of the wolf would turn to the experimenters in the room for help while the dog breeds more closely related to wolves would not. The genomes of the different breeds were studies and a mutation was found in the cortisol producing gene. Cortisol plays different roles in the body as it regulates the body's blood sugar, blood pressure, sleep cycle, and stress level. A previous study in foxes also discovered that lower cortisol levels in foxes led to less fear and aggression towards humans. Further studies are now being performed on the different dog breeds to measure cortisol levels.

The study was very interesting to read about. The idea that such a simple idea of the dog's reaction to not being able to open a jar of peanut butter can be compared to the amount of cortisol present is pretty amazing. Although the actual study is not complete since the cortisol level in the dogs has not been measured it was still a really interesting article to read.