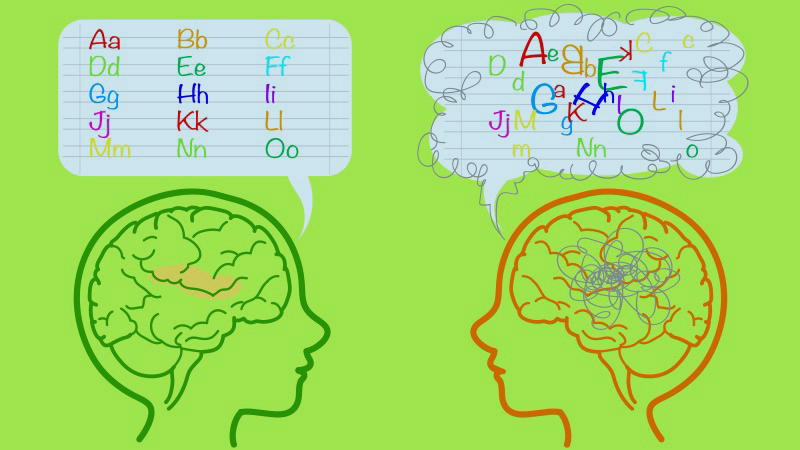 A recent article by News Scientist reports that a genetic study regarding dyslexia has identified 42 genetic variants that may be linked to a person's chance of having dyslexia. Michelle Luciana from the University of Edinburgh in the UK conducted a genome-wide study with a sample size of 1.1 million adults. Of those 1.1 million adults that were in the study, 51,000 of them stated that they had been diagnosed with dyslexia. The scientists scanned markers across the sets of genomes of the sample size to identify any variations associated with a particular trait. They identified 42 genetic markers that differed between a participant without dyslexia and a participant with dyslexia. Based on the results, the more markers, or variants, that were identified in an individual, the higher chance they had of having dyslexia. Around one-third of the 42 genetic variants had been previously linked to having conditions, such as attention deficit hyperactivity disorder, or ADHD, while others were more novel, and were associated with things, such as being ambidextrous or pain threshold. It was stated that the 42 genetic variations may not cause dyslexia in an individual, but it would make it more likely to have it when combined with other environmental factors.

Dyslexia, or developmental dyslexia, is a learning disorder that causes difficulties with reading due to issues with identifying speech sounds and learning how those sounds relate to letters and words. They show difficulty in fluent word recognition, reading comprehension, and spelling. Although dyslexia has a 40-60% hereditary rate, the heritability remains unexplained in large parts, due to multiple genes and environmental factors playing a role.

I find it amazing how we are able to pinpoint certain genes that affect the chances of having certain mental and physical disorders. As was stated in the News Scientist article, with the ability to determine the chances of having dyslexia, or any disorder for that matter, we can better help individuals, such as children, with learning in a way that better suits their learning style. I find it amazing how far science has come, to be able to scan the genome and determine certain characteristics.

Posted by Christopher Reyes at 2:51 PM