Humans Evolved with the Bacteria in their Stomachs 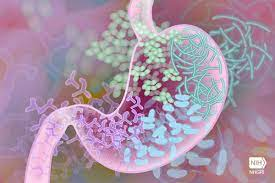 Scientists have discovered that species of bacteria in human stomachs may have had some influence on human evolution. Most bacteria in human stomachs are similar, but there are some species that show the differences in some human populations.  Scientists have tested for codiversification by collecting samples from people around the world and comparing them. As early humans spread out across the world, there were different sources of food that humans had to acclimate themselves to. Phylogenies were created to understand how people of different regions and the microbes in their stomachs are related. The scientists were able to trace people with relatives in Europe, Asia, and Africa.

I think that it is good that scientists are finding other ways to trace the origins of humankind. It is difficult and expensive to dig to find skeletons and other things that give answers to questions about the origin of humans. Other scientists have commented on this new information and they have made the point that the relationship between humans and their bacteria could create microbiome treatments specific to a population of people based on their ancestry. Personalized medications could help patients that experience issues with their stomachs, since every patient is different and could react differently to generic medicines. The reason that stomach medications might not always work is most likely because of the diversity of the species of bacteria in every person’s stomach.

Posted by Amanda Anzaldo at 8:57 PM