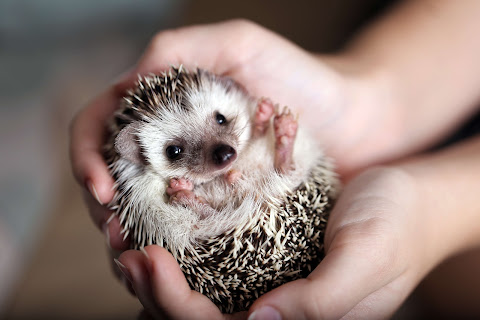 The use of antibiotics in medicine to treat bacterial infections undoubtedly saved thousands, if not millions of lives since Alexander Fleming discovered penicillin in 1928. Unfortunately, due to bacteria’s ability to harbor multiple generations and multiply by the millions within days, these prokaryotes have evolved to resist antibiotics in a time-frame in which eukaryotes could only dream of. However, modern medicine might not be to blame for the acceleration of resistant bacteria.

Beneath the spines of European hedgehogs – Erinaceus eropaeus and Erinaceus roumanicus - lies the infamous Staphylococcus aureus, the epidermal bacterium responsible for the menacing and potentially life-threatening Staph Infection. Along side the staphylococcus a natural antibiotic producing fungus resides on the skin, which may have created an environment that bolstered the staph’s resistance to modern antibiotics hundreds of years prior to their discovery. The fungus known as T. erinacei has lived symbiotically with the bacteria, producing penicillin to prevent being consumed by its neighboring prokaryotes.

A study in which 276 hedgehogs residing from 10 different European countries and New Zealand were swabbed and found to contain 16 strains of mecC-MRAS – the antibiotic resistant staphylococcus – on their skin and noses. Through genome analysis and comparison of mutations throughout all 16 strains, scientists traced lineages dating back as far as the 1800’s, confirming the bacteria’s evolution prior to modern medicine.