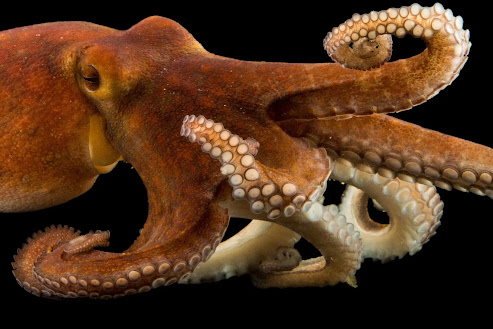 A Cephalopods nervous system is about as weird as the creatures’ external features. The evolutionary pathway that led to this infinitely complex nervous system has long been cloudy and less understood than other aquatic species. Recently, chromosomal assemblies of three cephalopod species – two squids  know as Doryteuthis pealeii and Euprymna scolopes along with an octopus species known as Octopus bimaculoides – have allowed scientists to better recognize which specific genes are present and in what order. This newfound knowledge can allow geneticists to further study components within the genome that are driving the expression of these genes (Nature).

Cephalopod genomes are notably different than those found in humans. Genomes within the two species of squid were found to be about 1.5 times larger than that of humans. While the Octopus’ genes more closely resemble a humans at about 90% size. Furthermore, it is found that while humans evolved through meiosis, a process in which two rounds of genome duplication occurs, a cephalopods evolution does not involve whole genome duplication, but instead undergoes “immense genome rearrangements” according to a Science Daily article. Which makes sense given that cephalopods started evolving 300 million years before humans existed. Discovery of this difference in duplication is a foot forward in finding out how these complex and highly intelligent creatures have evolved and thrived.