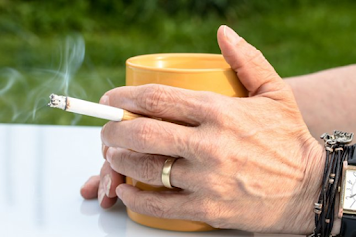 A new study published by Nature Genetics found that some cigarette smokers may have genes that protect them from the genetic mutations that cause lung cancer. Through analysis of the cells lining the lungs of both smokers and non-smokers, both with and without lung cancer, researchers found that smokers had more of the genetic mutations that cause lung cancer even if they do not develop the disease. “However, while the number of genetic mutations detected in lung cells increased in parallel with the amount and length of time people smoked, this increase stopped at a certain point -- 23 "pack-years," which equates to smoking one pack per day of cigarettes for 23 years, the researchers said. This suggests that some long-time, heavy smokers are able to "suppress further mutation accumulation" because they have "proficient systems for repairing DNA damage or detoxifying cigarette smoke…” (Dunlevy, 2022). For this study, researchers used a technology called single-cell multiple displacement amplification that allows for genetic analysis of individual cells.

This is only a preliminary finding and many more larger studies need to be conducted in order to arrive at a solid conclusion. For this study, scientists say this mutation may be due to a change in ones own genetic makeup or something that becomes inherited. Scientists also warn that their findings do not give the green light on smoking and still stress that risks for developing cancers and other health complications are still possible. Nearly 240,000 people in the United States will be diagnosed with lung cancer this year, about 80% of them smokers, 13% are considered to be active smokers, the American Cancer Society estimates.

This type of study may help healthcare professionals and scientists treat and improve future diagnoses of lung cancers, but it is still too early to determine if it can work out.

An article from Science Daily goes into further detail on this topic.

Posted by Amarilis Martinez at 8:39 AM