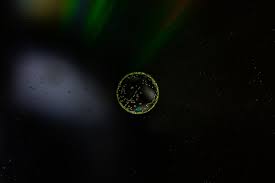 The epigenetic changes acquired by tumor cells during chemotherapy treatment were examined cell by cell by a research team directed by Celine Vallot, CNRS Research Director in the Laboratoire Dynamique de l'information Génétique: Bases Fondamentales et Cancer (CNRS/Institut Curie/Sorbonne Université). The scientists found the genes whose expression allowed cells to endure treatment, as well as the epigenomic alterations that govern them, in collaboration with Léila Périé's team at the Physico-chimie Curie (CNRS/Institut Curie/Sorbonne Université). Scientists discovered that in the absence of treatment, epigenomic markers lock the expression of certain genes, and that this lock is broken by chemotherapy in rare cells. All cancer cells remain responsive to treatment if this lock is kept from jumping. Scientists demonstrated this by employing epi-drugs, which are pharmacological substances that prevent epigenetic marks from being removed, on animal models of breast cancer. These compounds must yet be modified for human usage.

These findings show that the epigenome has a role in cancer treatment resistance. Scientists are currently working hard to figure out how to apply this principle to humans in a therapeutic way. Scientists believe that if future clinical trials are successful, these epi-treatments could be used in concert with chemotherapies to extend their effectiveness in patients.

Personally, if this treatment does become successful, this would open up of a lot opportunities, as well as give hope to a lot patients that are going through chemotherapy, or any other cancer treatment. This study will also help better understand cancer cells, and also might lead to a step forward into finding a cure to cancer in a foreseeable future.