Can doctors determine if someone is predetermined to have a neurological condition? 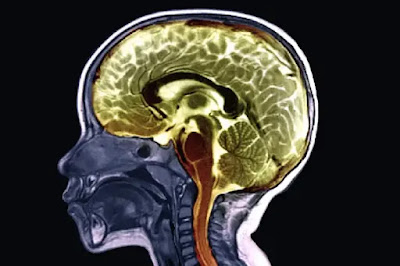 Using more than 123,000 MRI scans from over 101,000 humans - from a 16.5 week fetus to 100 year olds - scientists have mapped how our brain changes throughout our life. Mapping out our brain changes through human lifespans could potentially diagnose neurological conditions.
A recent study by Richard Bethlehem and his colleagues analyzed 123,984 MRI scans from 101,457 humans. These studies showed that brain size increased from 10 percent to 80 percent of its maximum volume from about four months of age to three years old. It peaked at 1066 cubic centimeters at around 11 years old, before gradually declining.
The Cortex, or the outer region of the brain, has been linked with neurological conditions, like Alzheimer's disease, whenever it thins out. The average thickness of the cortex peaks around 1.7 years old. The thinness or thickness of the cortex can help to predict if the person will be affected by a neurological disease later in life, based off of early brain development.
Related Article
Posted by Gia M at 12:57 PM