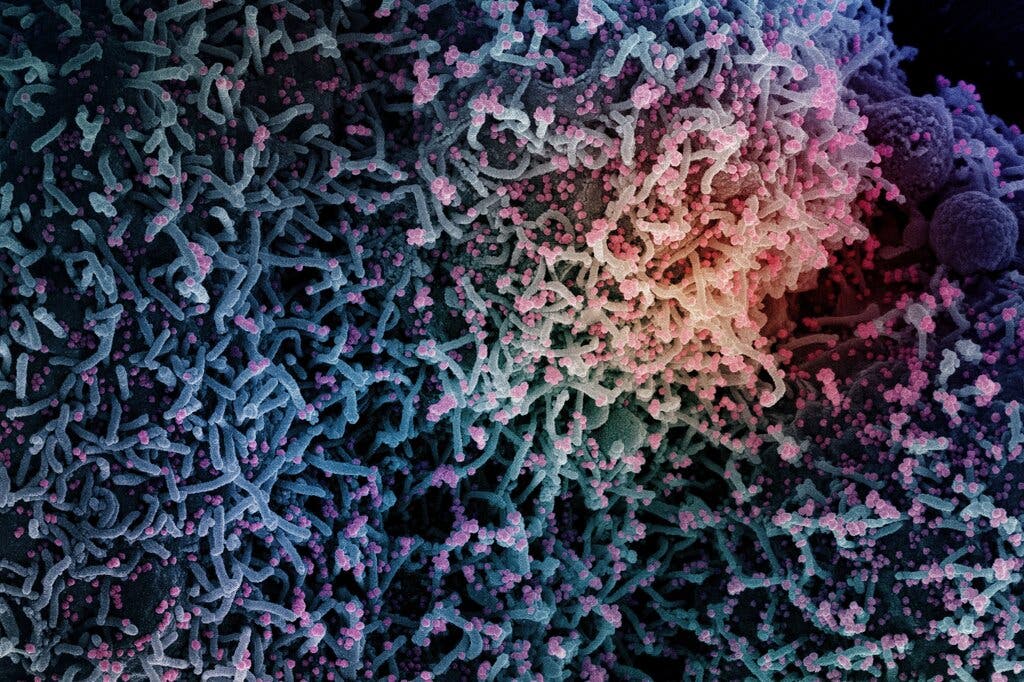 An article written by Carl Zimmer for the New York Times explores the extreme evolutionary change in the Omicron variant. Variants of the original virus have been surfacing for quite some time, but the Omicron variant is in a league of its own. Zimmer writes, "...earlier variants had differed from the original Wuhan version of the coronavirus by a dozen or two mutations, Omicron had 53." A good number of these mutations were expected to be harmful to the virus, as they were not found in other coronaviruses. In fact, 30 new mutations were discovered in Omicron's spike protein, 13 of which were mutations rarely, or never, found in other versions of the virus.
Natural selection selects for traits that increase an organisms fitness in their given environment. If a mutation is beneficial to the virus, it would be rational to believe it would be observed among other variations, such as the Delta variant. Scientists have sequenced millions of coronavirus genomes over the course of the pandemic, but the Omicron variant has mutated in ways to be unlike any of the others. These mutations in its spike protein change the way the virus infects other cells entirely. Instead of the typical way by merging with another cells membrane, the Omicron variants unique spike protein allows the cell to completely engulf it. It then breaks open, infecting the host cell from within. One explanation for the success of the Omicron variant is epistasis. On their own these 13 mutations may have been harmful to the virus, but all the mutations combined just happened to be beneficial.
Opinion: How successful these mutations make the Omicron variant is still unclear, but the rate at which the virus is developing these mutations as a whole is mind boggling.
- Written by Rachel Roman
Posted by Rachel at 2:36 PM